Claimed Lawyer ProfileSocial Media
Jamison Mark
Union County, NJ Civil Rights Attorney with 21 years of experience
(973) 607-3823 675 Morris Avenue
Suite 102
Springfield, NJ 07081
Civil Rights, Employment, Personal Injury and Workers' Comp
Widener University Delaware School of Law
Show Preview
View Website View Lawyer Profile Email Lawyer
With over 20 years of experience, Jamison Mark knows what it takes to fight for you. He works diligently to resolve your situation, explore all legal options, and find solutions that are in the best interest of you and your loved ones. He understands that every matter is unique and each client’s needs are different; that’s why he takes the time to understand your concerns so he can effectively fight for your rights in court.

Claimed Lawyer ProfileQ&ASocial Media
Madeline Houston
Essex County, NJ Civil Rights Lawyer with 44 years of experience
(973) 228-6200 195 Fairfield Avenue
Unit 1A
West Caldwell, NJ 07006
Civil Rights and Consumer
Rutgers School of Law-Newark
Show Preview
View Website View Lawyer Profile Email Lawyer
MADELINE L. HOUSTON received her B.A. from Brooklyn College in 1970 and her J.D. from Rutgers University School of Law, Newark, in 1976. She was admitted to the New Jersey bar in 1976. Ms. Houston has been litigating on behalf of New Jersey consumers since 1982. Both as counsel for individual and classes of consumers, and in the capacity of amicus curiae, she has argued before the trial and appellate courts of New Jersey, the New Jersey Supreme Court, the United States District Court for the District of New Jersey, and the U.S. Court of Appeals...

Claimed Lawyer Profile
John Klotz
Passaic County, NJ Civil Rights Attorney with 30 years of experience
(973) 778-1200 1051 Bloomfield Ave
Clifton, NJ 07012
Civil Rights, Criminal Defense, DUI & DWI and Personal Injury
Temple University Beasley School of Law
Show Preview
View Website View Lawyer Profile
John R. Klotz, Esq. has been practicing law for over 28 years throughout New Jersey and occasionally in Philadelphia, PA where he started his prominent career. He has appeared in Superior Court in every county and most municipal courts throughout the state No courthouse is too far away to defend a client in need of help. Over the years, Mr. Klotz has built an outstanding reputation and stellar relationships with judges and prosecutors in courts everywhere. These connections usually result in the client getting the best possible outcome in a case. 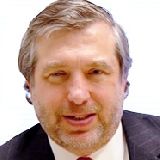 Claimed Lawyer ProfileSocial Media
Susan Schroeder Clark
Monmouth County, NJ Civil Rights Attorney with 27 years of experience
(732) 637-5248 35 Court Street
Suite 2C
Freehold, NJ 07728
Free ConsultationCivil Rights and Education
Widener University
Show Preview
View Website View Lawyer Profile Email Lawyer
Susan Schroeder Clark has been practicing for over 25 years as a litigator. She is a former prosecutor, defense attorney, and child advocate. She started her career advocating for victim’s rights in the prosecutor’s office trying over 70 jury trials, and hundreds of bench trials. Her trial and advocacy experience have prepared her for her passion for helping children and families at all levels. Ms. Clark began her legal career in 1994 at the Monmouth County Prosecutor's Office where she started in the Appellate section and worked up to Trial Team Leader. ...

Claimed Lawyer ProfileBlawg SearchSocial Media
Stephan T. Mashel
Monmouth County, NJ Civil Rights Lawyer with 35 years of experience
(732) 536-6161 500 Campus Dr
#303
Morganville, NJ 07751
Free ConsultationCivil Rights, Employment and Personal Injury
Rutgers University Law School
Show Preview
View Website View Lawyer Profile Email Lawyer
I am proud to be a lawyer. It has been my honor for 30 years and counting to be a trial lawyer in New Jersey representing individuals whose claims are meritorious and for whom it is critically important to recover damages for the wrongs committed against them. Being a lawyer has allowed me to use my innate and learned abilities to passionately, aggressively, and effectively advocate on behalf of those who have been harmed due to the malicious, intentional, or negligent conduct of others. Every day I am enthused to work for and with my clients as part of a... 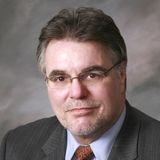 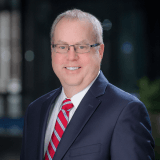 The Oyez Lawyer Directory contains lawyers who have claimed their profiles and are actively seeking clients. Find more Union County Civil Rights Lawyers in the Justia Legal Services and Lawyers Directory which includes profiles of more than one million lawyers licensed to practice in the United States, in addition to profiles of legal aid, pro bono and legal service organizations.