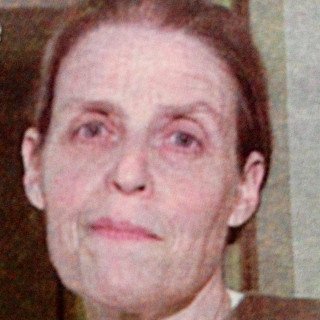 MADELINE L. HOUSTON received her B.A. from Brooklyn College in 1970 and her J.D. from Rutgers University School of Law, Newark, in 1976. She was admitted to the New Jersey bar in 1976. Ms. Houston has been litigating on behalf of New Jersey consumers since 1982. Both as counsel for individual and classes of consumers, and in the capacity of amicus curiae, she has argued before the trial and appellate courts of New Jersey, the New Jersey Supreme Court, the United States District Court for the District of New Jersey, and the U.S. Court of Appeals for the Third Circuit. Before entering private practice in 1998, she served as Director of Litigation of the Passaic County Legal Aid Society and head of that office’s Consumer Unit for 16 years. In 1993 Legal Services of New Jersey established the “Madeline L. Houston Outstanding Attorney Award” in her honor, an award that is still given annually to a Legal Services attorney who has provided exceptional service. In addition to litigation, Ms. Houston has engaged in numerous other professional activities, such as serving as a panel member at the Rutgers School of Law Program on Protecting Workers and Consumers From Corporate Abuse (2014); serving as a panel member at the National Consumer Law Center Conference on Predatory Mortgage Cases: Settlement and Trial Issues (2004), serving as a member of the New Jersey State Bar Association Ad Hoc Committee on Consumer Protection Law (2002), serving as a presenter at the New Jersey State Bar Foundation Seminar on Consumer Fraud (2002, 2003), serving as a Member of the Supreme Court District Ethics Committee (1997), and testifying as a witness before the U.S. Senate Committee on Banking with regard to proposed amendments to the federal Truth in Lending Act (1995).

Q. Am I responsible for payment of an exorbitant fee to Assisted Living facility that was the result of the facility error?
August 6, 2019
A: In order to answer this question an attorney would need to review any contracts signed by your mother and by you. Some violations of the law allow you to demand that your attorneys fees be paid by the defendant t in certain circumstances and if an attorney thinks you have such a case and it is strong they might take the case on a contingency. You should contact a consumer attorney .

Q. Can a discrimination suit be filed if unjustly banned from a Home Depot under false circumstances becuz im black ?
May 10, 2019
A: Discriminating against customers in the way you describe is a violation of the New Jersey Law Against Discrimination, which provides for compensatory damages, punitive damages, and payment of the plaintiff's attorneys' fees if the case prevails. An attorney considering filing such a suit would want to obtain further details from you regarding the events as well as review the evidence you indicate that you have (e.g., videos, receipts, communications from HD).

Q. Can an elderly disabled women be evicted for having a caregiver stay with her and for feeding stray cats?
March 29, 2019
A: Based on the facts provided thus far it appears that your mother may well have rights under various federal and state laws regarding disabled persons that are being violated. More facts are needed to make a determination as to your mother's options. You should promptly contact an attorney and provide all the facts.