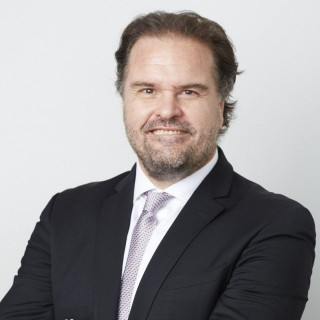 During his career, Mr. Davis has served as class counsel on numerous nationwide employment class actions and has tried nearly 20 cases to verdict. Mr. Davis has been recognized by the press as an experienced trial attorney and employment law expert. He is regularly interviewed by print and television media outlets around the world, including The Associated Press, The Shriver Report, and CNN En Español.

Mr. Davis began his career as an Assistant District Attorney in the esteemed Manhattan District Attorneys’ office under then-District Attorney Robert Morgenthau. After winning numerous trials, he was appointed to the Sex Crimes Unit where he prosecuted and tried serious violent felonies, including rape and attempted murder cases.

In private practice since 2006, Mr. Davis has worked for numerous employment law firms, including Thompson, Wigdor & Gilly, LLP (now Wigdor LLP), before starting his own law firm in 2014.

Mr. Davis holds a Bachelor of Arts from the College of the Holy Cross, where he received Dean’s List Honors and a Juris Doctor from Catholic University’s Columbus School of Law.

Founding Partner
The Law Office of Christopher Q. Davis
2014 - Current
Founding Partner of a boutique law firm representing employees and employers in all employment law disputes, employment-related consultation, and employment contract/handbook drafting. We represent clients in matters involving unpaid overtime and other wages, discrimination and harassment, wrongful termination, retaliation, whistleblowing, financial industry bonus disputes, breaches of contract, partnership disputes, and fiduciary duty violations, and severance negotiations. We are committed to solutions and not ideologies - we seek honest clients with good faith concerns committed to finding working solutions. We pursue our client's goals with unmatched skill, commitment, and determination, whether in court, at trial, or at the negotiation table. We make house calls and regularly meet with clients at their offices, in the community, or in their houses to discuss recommended legal advice, draft workplace policies and contracts, or simply discuss goals. We want to know what your needs are as a potential client - if the goals are reasonably obtainable, we will pursue your ideal solution relentlessly and without primary regard for our financial interests or ideals as your attorneys

The Catholic University of America Columbus School of Law
J.D.
2001

Top Lawyer
The Global Whos Who
2017
The Global Directory of Who's Who publishes an annual hard cover biographical registry, honoring successful individuals in the fields of Business, the Arts and Sciences, Law, Engineering and Government. Based on one's position and lifetime of accomplishments, we honor professional men and women in all academic areas and professions. Inclusion is limited to individuals who have demonstrated leadership and achievement in their occupation, industry or profession.

Faculty, The value of law and diversity the bipoc attorneys path and pitfalls to solo small firm practice, Remote Broadcast NYC
May 27, 2021
New York City Bar Association
Faculty member on CLE panel. Discussed practical impact of implicit and explicit bias on diversity and inclusion initiatives in the legal profession. Participated in discussion on ways to promote sensitivity to cultural differences in law firms with experienced BIPOC attorneys who have transitioned to solo and small law firm practices and the ways that DEI issues continue to impact our current practice.