Claimed Lawyer Profile
John Klotz
Clifton, NJ Civil Rights Attorney with 30 years of experience
(973) 778-1200 1051 Bloomfield Avenue
Suite 11-D
Clifton, NJ 07012
Civil Rights, Criminal Defense, DUI & DWI and Personal Injury
Temple University Beasley School of Law
Show Preview
View Website View Lawyer Profile
John R. Klotz, Esq. has been practicing law for over 28 years throughout New Jersey and occasionally in Philadelphia, PA where he started his prominent career. He has appeared in Superior Court in every county and most municipal courts throughout the state No courthouse is too far away to defend a client in need of help. Over the years, Mr. Klotz has built an outstanding reputation and stellar relationships with judges and prosecutors in courts everywhere. These connections usually result in the client getting the best possible outcome in a case.

Civil Rights and Consumer
Rutgers School of Law-Newark
Show Preview
View Website View Lawyer Profile Email Lawyer
MADELINE L. HOUSTON received her B.A. from Brooklyn College in 1970 and her J.D. from Rutgers University School of Law, Newark, in 1976. She was admitted to the New Jersey bar in 1976. Ms. Houston has been litigating on behalf of New Jersey consumers since 1982. Both as counsel for individual and classes of consumers, and in the capacity of amicus curiae, she has argued before the trial and appellate courts of New Jersey, the New Jersey Supreme Court, the United States District Court for the District of New Jersey, and the U.S. Court of Appeals... 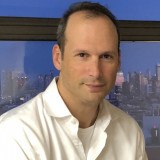 Claimed Lawyer ProfileSocial MediaResponsive Law
Mitchell Drew Perlmutter
JERSEY CITY, NJ Civil Rights Attorney with 27 years of experience
(201) 653-1155 26 JOURNAL SQ STE 1102
JERSEY CITY, NJ 07306
Free ConsultationCivil Rights, Appeals, Personal Injury and Products Liability
Rutgers School of Law-Newark and Yale University
Show Preview
View Website View Lawyer Profile Email Lawyer
I have handled complex cases with successful results for personal injury clients for over 25 years. My cases range from automobile accidents to complex workplace and products liability claims. My firm is proud that so many of our clients have been pleased with our representation that they refer their friends and family members to us. We often take on tough cases that other firms shy away from.


Civil Rights, Employment, Personal Injury and Workers' Comp
Widener University Delaware School of Law
Show Preview
View Website View Lawyer Profile Email Lawyer
With over 20 years of experience, Jamison Mark knows what it takes to fight for you. He works diligently to resolve your situation, explore all legal options, and find solutions that are in the best interest of you and your loved ones. He understands that every matter is unique and each client’s needs are different; that’s why he takes the time to understand your concerns so he can effectively fight for your rights in court.

Civil Rights and Criminal Defense
St. Thomas University School of Law and New York Law School
Show Preview
View Website View Lawyer Profile
Practice devoted exclusively to criminal defense (and selected civil rights police brutality cases) in state courts in New Jersey and every federal district court in the United States. An experienced trial and appellate attorney who has handled hundreds of cases to conclusion, with a high percentage resulting in not guilty jury verdicts after trial, or dismissals, or pleas favorable to the defendant, for the last 22 years. Attorney has argued successfully and won before the New Jersey Supreme Court.

Claimed Lawyer ProfileBlawg SearchSocial Media
Amy C. Blanchfield
Morganville, NJ Civil Rights Attorney with 9 years of experience
(732) 536-6161 500 Campus Dr
#303
Morganville, NJ 07751
Civil Rights, Appeals and Employment
Widener University Delaware School of Law
Show Preview
View Website View Lawyer Profile Email Lawyer
I am dedicated Employment Law Attorney at Mashel Law. I zealously represent workers who have been wronged in the workplace, in a broad array of legal matters. My experience and skill facilitate the successful representation of employees who suffer from unlawful and unethical employer practices. I am committed to zealously advocating for the best possible outcome in your case.

I received my J.D. from the Widener University School of Law in 2011. While in law school, I interned for the Honorable Bruce F. Bratton in the Dauphin County Court of Common Pleas, and the Honorable Teresa Kondrup-Coyle of the New... 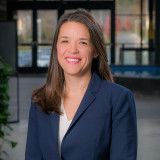 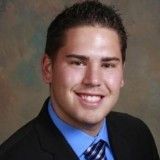 The Oyez Lawyer Directory contains lawyers who have claimed their profiles and are actively seeking clients. Find more Passaic Civil Rights Lawyers in the Justia Legal Services and Lawyers Directory which includes profiles of more than one million lawyers licensed to practice in the United States, in addition to profiles of legal aid, pro bono and legal service organizations.