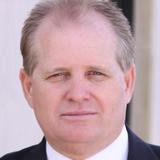 Claimed Lawyer ProfileBlawg SearchSocial Media
Robert A. Davis Jr.
Temecula, CA Criminal Defense Attorney with 28 years experience
(951) 587-2222 1 Better World Cir
#300
Temecula, CA 92590
Criminal Defense, Business, DUI & DWI and Domestic Violence
Brigham Young University
Show Preview
View Website View Lawyer Profile Email Lawyer
As a founding partner at the firm of Davis Wojcik Duarte, APLC, Riverside County attorney Robert A. Davis works on both criminal and civil cases. He has over 22 years of experience in the legal field. Mr. Davis has been involved with the boards of the Hemet Hospital Foundation, the Exchange Club, and the Education Foundation. He is a member of the California Society of Healthcare Attorneys, American Health Lawyers’ Association and Riverside County Bar Association. He received his Juris Doctor from Brigham Young University, where he was Editor-in-Chief of the Journal of Law and Education. Contact his firm for...

Whether you are getting divorced, have been charged with a crime, received a traffic citation, or...

I firmly believe that each of my clients deserves my respect, understanding, compassion and personal attention. Consequently, starting with each client's free initial consultation, I listen to my clients, give them knowledgeable advice so they can make informed choices about their options, and work with them to...

Riverside, CA 92505
Free ConsultationCriminal Defense, DUI & DWI, Estate Planning and Traffic Tickets
University of La Verne College of Law
Show Preview
View Website View Lawyer Profile Email Lawyer
Attorney Matthew Murillo is quickly rising among the ranks of California Attorneys in Business, Criminal Defense, DUI Defense and Estate Planning and was recently nominated as one of California’s Top 100 Trial Lawyers in the area of Criminal Defense. Admitted to the State Bar of California in 2009, Matt has been deeply involved in creating the type of law firm he believes will best serve California Residents. Founding the Law Offices of Matthew Murillo in April 2010, Matt has been diligent in his efforts to provide only the best service – treating every client like his own family.... 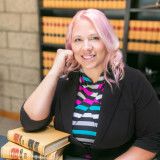 Claimed Lawyer ProfileQ&ASocial Media
Crista Marie Haynes
Redlands, CA Criminal Defense Lawyer with 8 years experience
(833) 526-5197 631 West State Street
Suite B
Redlands, CA 92373
Free ConsultationCriminal Defense, DUI & DWI, Divorce and Family
University of La Verne College of Law
Show Preview
View Website View Lawyer Profile Email Lawyer
Crista is the Managing Partner of The Haynes Law Firm, APLC located in Redlands, CA. The Haynes Law Firm, APLC is a boutique law firm offering clients legal assistance in the areas of Family law, Criminal law, and Juvenile law. Crista prides herself on offering empathetic, educated, and experienced legal services at affordable rates. Crista is a proud member of the Board of Advisors for the University of Laverne, College of Law, where she attended law school, she is a proud member of the Board of Directors of the Social Justice Advocacy Project, she volunteers her time... 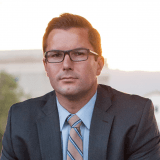 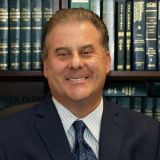 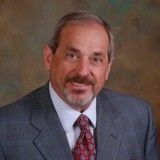 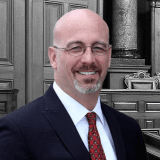 Mr. McGee earned his Juris Doctor in 2001 and began his tenure with the County of San Bernardino the following year until he left the office in 2014. During his time with the county, he handled a variety of cases, ranging from hardcore gang prosecutions and murders with special circumstances to wiretap prosecutions, insurance... 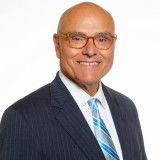 Palm Desert, CA 92260
Free ConsultationCriminal Defense, DUI & DWI, Domestic Violence and White Collar Crime
University of San Diego School of Law
Show Preview
View Website View Lawyer Profile Email Lawyer
Prior to entering private practice Ben Schiff was a deputy public defender in Riverside County for 11 years where he worked his way up to trial attorney for some of the most serious and difficult cases:

Prior to his work in Riverside, Ben was a deputy public defender in Los Angeles County where he went to trial regularly in a variety of misdemeanor... 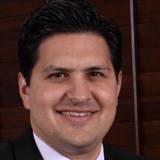 Hemet, CA 92543
Criminal Defense and Business
Western State College of Law at Argosy University
Show Preview
View Website View Lawyer Profile Email Lawyer
Based in Hemet, California, the firm of Davis Wojcik Duarte, APLC handles a wide range of criminal defense and civil law cases including litigation, transactional law, and estate planning. Their friendly and knowledgeable team has over 50 years of experience interacting with California’s court system. They have work on many million-dollar civil cases and complex criminal cases. Regardless of your situation, they aim to provide each client with caring and personalized representation. Call their team today at (888) 282-6603 for a zero-charge consultation. 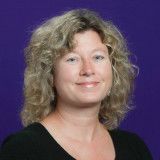 Ms. O’Kray-Murphy’s education includes a bachelor’s degree from the University of Michigan and a juris doctorate from Wayne State University where she was the co-chair of the Student Trial Advocacy Program. As a student, she volunteered at the Free Legal Aid Clinic and served as a student research attorney with the Student Appellate Program.

Ms. Murphy is licensed to practice law in California, Arizona, and Michigan and has experience representing clients in a board range of matters, including civil proceedings, criminal cases, due process proceedings, and domestic violence cases. 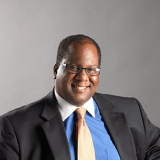 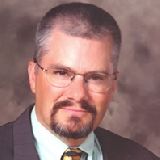 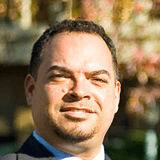 He was named by clients as a top Orange County DUI Lawyer on Yelp, receiving Yelp’s highest rating award, based on reviews.

Mr. Miller has 23 years practicing law in Orange County, including at other criminal defense and DUI firms and practices with his own firm.

Robert Miller has been the author or co-author of three books on DUI defense and has appeared on television and radio as a legal commentator.

He has successfully handled thousands of cases and has many positive...

Irvine, CA 92618
Free ConsultationCriminal Defense and DUI & DWI
Whittier Coll School of Law
Show Preview
View Website View Lawyer Profile Email Lawyer
Braden & Tucci, A Professional Law Corp. www.caduilaw.com 949-872-2700 24/7 Call us now so we can help We are Southern California's Premiere DUI & DMV Defense firm. 100% of our practice is DUI & DMV defense. As one of the top-rated DUI defense firms in California, Braden & Tucci has a high success rate of winning our clients' DUI cases or getting them reduced to a lesser offense. Thanks to my knowledge and expertise, Vincent Tucci, is often asked to speak at legal seminars, workshops and conferences where he teaches other attorneys how to... 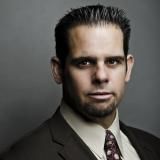 The National Trial Lawyers Association has awarded John as one of the "100 Best" criminal defense attorneys. The National Advocacy for DUI Defense placed him on their list of the nation's top DUI lawyers. And the American Institute of Criminal Law Attorneys has honored him as one of the 10 best... 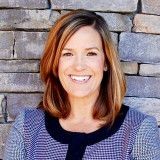 Ms. Walsh wants to help parents and children navigate the juvenile criminal system getting them the best result possible.

Before starting her own firm in 2012, Ms. Walsh was an Orange County District Attorney for 10 years where she worked in Juvenile court and Domestic Violence unit. She has the benefit of viewing her cases from both sides, as a former DA. She also deals with schools and school districts regarding school discipline and expulsion issues. 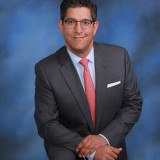 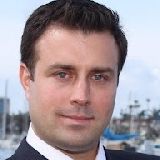 Rancho Santa Margarita, CA 92688
Criminal Defense and Immigration
University of California Hastings College of the Law
Show Preview
View Website View Lawyer Profile Email Lawyer
Ashkan Yekrangi graduated from the University of California, Irvine with a Bachelor’s Degree in International Studies. Later, Ashkan attended the University of California, Hastings College of the Law in San Francisco. As a student at UC Hastings, Ashkan wrote-on to the Hastings Law Journal, serving as an editorial staff member. Ashkan then served as Senior Production Editor for the journal until his graduation. While at UC Hastings, Ashkan had the invaluable experience of serving as a judicial extern for the Honorable Justice Kennard at the Supreme Court of California. After graduation, Ashkan worked at several law firms throughout California...

Claimed Lawyer ProfileSocial Media
Andrew Cherkasky
Irvine, CA Criminal Defense Attorney with 14 years experience
(844) 464-5529 116 Oasis
Irvine, CA 92620
Free ConsultationCriminal Defense and Military
Chicago-Kent College of Law, Illinois Institute of Technology
Show Preview
View Website View Lawyer Profile Email Lawyer
I knew I would be a trial lawyer as long as I can remember. I was one of those kids growing up that loved to argue about everything and anything. Parents, teachers, siblings, it didn’t matter — and the truth is, I won most of those fights. Education I attended college at the University of Wisconsin in Madison. My studies were all focused on the necessary course work to later attend law school. During college I was the captain of the mock-trial team that won third in the nation. I majored in political science,... 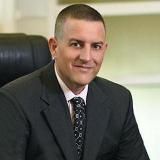 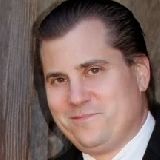 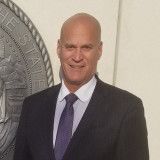 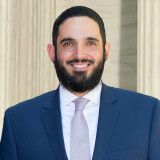 Riverside, CA 92501
Free ConsultationCriminal Defense, DUI & DWI, Traffic Tickets and White Collar Crime
University of La Verne College of Law
Show Preview
View Website View Lawyer Profile Email Lawyer
Attorney Bobby Shamuilian is a diligent and aggressive advocate for his clients. His passion is applied to every single case and he works tirelessly to meet the legal objectives of his clients. Bobby is an attorney that you can trust, an attorney that has the knowledge and experience which can help you in your legal matter.

Bobby was raised in Southern California and completed his undergraduate education at the California State Polytechnic University Pomona in finance, real estate, and law. He received his Juris Doctorate from the University of La Verne College of Law finishing at the top of his class... 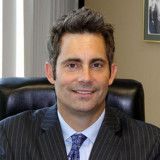 Santa Ana, CA 92705
Free ConsultationCriminal Defense
Univ of Dayton School of Law
Show Preview
View Website View Lawyer Profile Email Lawyer
Will Bruzzo has been representing clients charged with crimes for over 22 years. His familiarity with the Courts and the District Attorney in Orange County help him get the best results for his clients. He understands the difficulty of having a conviction on your record or serving jail time. That is why he approaches every case with the intent of getting the matter reduced, dismissed or otherwise obtaining the best result possible. Look at his website at www.bruzzolaw.com to see the results he has obtained for other clients in his testimonial section. Mr. Bruzzo established his own law...

Diamond Bar, CA 91765
Free ConsultationCriminal Defense, DUI & DWI, Domestic Violence and Juvenile
Southwestern University School of Law and University of California - San Diego
Show Preview
View Website View Lawyer Profile Email Lawyer
Heena Patel is an assertive criminal defense attorney, practicing in both Los Angeles County and Orange County. She has a reputation for being tough in the courtroom, protecting her clients’ rights, but is also respected by opposing counsel and judges for her honesty, professionalism and knowledge of the law. Attorney Patel has handled over 12,000 criminal cases, carrying a caseload of over 200 cases a month. She has vigorously defended her clients charged with battery, domestic violence, assault with a deadly weapon, sex crimes, rape, vehicular manslaughter, attempted murder, DUI, hit and run, license suspension, theft, burglary, robbery and arson.... 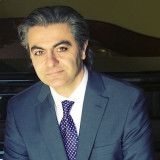 Claimed Lawyer ProfileQ&ABlawg SearchSocial Media
Houman Fakhimi
Riverside, CA Criminal Defense Attorney with 22 years experience
(888) 529-2188 4199 Flat Rock Dr
#100
Riverside, CA 92505
Free ConsultationCriminal Defense, Civil Rights, DUI & DWI and Employment
Whittier Law School
Show Preview
View Website View Lawyer Profile Email Lawyer
Houman Fakhimi, the founding partner of the Criminal Defense Team, has amassed deep expertise in the area of criminal defense law thanks to years of experience. He oversees all litigation carried out by the firm, and he has demonstrated mastery in a variety of relevant legal domains. He's an alumnus of the University of California, Irvine and Whittier Law School. In addition to being an active member of the State Bar of Californias Criminal Section, Mr. Fakhimi also boasts accreditations from he Association of Federal Defense Attorneys, the California Attorneys for Criminal Justice, and the California Public Defenders Association. 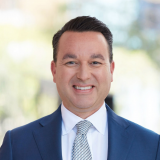 Prior to becoming a criminal lawyer, Ambrosio served as a prosecutor for 13 years. During his time as a prosecutor, he led the sex crimes unit and tried death penalty cases.

The Oyez Lawyer Directory contains lawyers who have claimed their profiles and are actively seeking clients. Find more Beaumont Criminal Lawyers in the Justia Legal Services and Lawyers Directory which includes profiles of more than one million lawyers licensed to practice in the United States, in addition to profiles of legal aid, pro bono and legal service organizations.