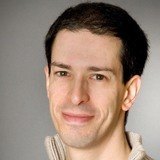 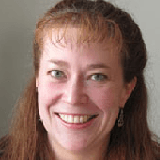 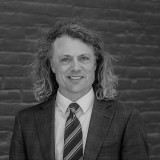 "Helping people navigate our complex legal system is a great privilege. I am proud to stand beside my clients, whether they are dealing with serious injuries or facing difficult permitting problems. I provide them with outstanding legal representation."

Tristan grew up on a dairy farm in Rutland County before heading to Michigan for undergraduate school. After college, he returned to Vermont to spend a year working in real estate appraisal. He...

Free ConsultationCriminal Defense, DUI & DWI, Personal Injury and Traffic Tickets
Show Preview
View Website View Lawyer Profile Email Lawyer
Born and raised in the tiny Vermont town of Rochester, Attorney Chadwick graduated from Keene State College in 2007 with a bachelor's in Social Science. After graduation Attorney Chadwick went on to clerk for the law firm of Thomas Costello in Brattleboro, where he focused his studies on criminal and civil rights law under the Vermont Legal Clerkship program that allows aspiring attorneys to study under experienced attorneys for four years to earn their license to practice law.

When you are faced with the federal criminal justice system, it is essential to have an experienced and dedicated attorney with a proven track record of success. Whether you are under federal investigation, have been indicted, or are wanting to appeal your sentence, Brandon Sample PLC is here to help. Call us today... 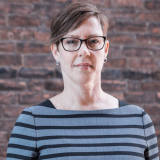 Free ConsultationPersonal Injury and Workers' Comp
Northeastern University School of Law
Show Preview
View Website View Lawyer Profile Email Lawyer
I have been representing Vermonters in workers compensation claims since 2000. I graduated from Lehigh University in 1993 and Northeastern University School of Law in 1998. After law school, I clerked with a federal judge in Vermont. I also do estate planning, real estate, and advise condo/homeowner associations, small businesses, and independent schools. I live in Brandon, Vermont with two children.

Business, Criminal Defense, DUI & DWI and Real Estate
University of Cambridge
Show Preview
View Website View Lawyer Profile Email Lawyer
Mr. Rundle became a licensed attorney in the State of Florida in 1979, and thereafter spent twelve years as a state prosecutor handling all manner of complex trial matters as a major crimes prosecutor. He entered private practice in 1993 and became counsel to a number of national and international clients. After twenty-five years of trial practice in Miami, Florida Mr. Rundle has formed a partnership for the practice of both criminal defense and civil trial litigation in Springfield, Vermont. 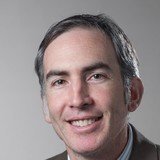 Claimed Lawyer ProfileSocial MediaResponsive Law
Jeffrey P Guevin Esq.
Rutland, VT Lawyer with 10 years of experience
(802) 855-8316 110 Merchants Row
Suite 2
Rutland, VT 05701
Free ConsultationElder, Estate Planning, Landlord Tenant and Probate
Vermont Law School
Show Preview
View Website View Lawyer Profile Email Lawyer
I am a problem-solver by nature. I believe the essence of being a lawyer is helping people respond to life’s challenges. My primary practice area is in elder law, but I work with people on many different issues, most involving the complex relationships between people and property (real, personal, and intellectual [trademarks, copyright]). Outside of work, I'm an aspiring polymath, which recently has prompted me to seek a degree in Electrical Engineering.

If you're planning for your legacy, applying for Medicaid, or in a dispute with a neighbor or family, Otter Creek Law can help. 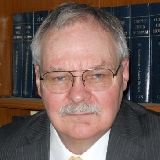 Claimed Lawyer Profile
Theodore Kramer
Brattleboro, VT Attorney with 39 years of experience
(802) 257-2221 42 Park Place
Brattleboro, VT 05301
Free ConsultationCivil Rights, Criminal Defense, Personal Injury and Workers' Comp
Georgetown University Law Center
Show Preview
View Website View Lawyer Profile Email Lawyer
Theodore C. Kramer was born in Levittown, New York, on June 23, 1957. He was admitted to the Vermont Bar in 1983, the U.S. District Court, District of Vermont in 1986, and the U.S. Court of Appeals, Second Circuit in 1988. Ted has practiced law and resided in Brattleboro since 1983. He earned his B.A. from Middlebury College in 1979, and his J.D. from Georgetown University Law School in 1983. He served as a law clerk for the Hon. Albert Coffrin, U.S. District Court, District of Vermont in 1981. He also served as chairman of the Human Services Board from 1992...

Claimed Lawyer Profile
John E. Brady
Springfield, VT Attorney
56 Maint Street
P.O. Box 39
Springfield, VT 05156
Personal Injury
Show Preview
View Website View Lawyer Profile
John Brady has over 20 years of litigation and trial experience in state and federal courts. He has tried over 40 cases to jury verdict , and countless other cases which have resolved short of verdict, and has been lead counsel on 16 appeals. John has been practicing law since 1991, initially in Boston, Massachusetts and since 1993 primarily in Vermont. John was the president of the Windsor County Bar Association from 1996-2002 and is past Chairman of the Vermont Bar Association’s Tort Liability Committee. While with the Boston Firm Clinton & Muzyka, P.C., before moving... 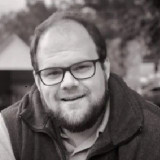 Personal Injury and Workers' Comp
Vermont Law School and Vermont Law School
Show Preview
View Website View Lawyer Profile Email Lawyer
Practicing law since 1997, Brendan Donahue regularly practices before the Vermont Supreme Court, the United States District Court for the District of Vermont, all Vermont Superior Courts and the Vermont Department of Labor. In addition, Brendan has successfully represented clients in New Hampshire, Maine, Connecticut and Massachusetts. He handles a wide range of litigation and appellate matters for both injured individuals and insurers but concentrates his practice primarily in the areas of civil liability, workers’ compensation and insurance coverage. 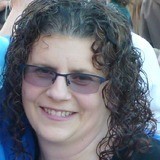 Claimed Lawyer Profile
Althea Lloyd
Brattleboro, VT Lawyer with 42 years of experience
(802) 257-8519 130 Austine Drive
Suite 217
Brattleboro, VT 05301
Show Preview
View Lawyer Profile Email Lawyer
I have been practicing law for 30 years with focus on family and divorce mediation. Assisting families to find peaceful resolution to separation, divorce and the many issues that come with these decisions is my goal. I can assist with completing the court required documents and agreements necessary to file for an uncontested divorce or parentage case, or modification of already existing orders, including child support, division of assets and debts, spousal support and a parenting plan.
I am a member of the Vermont Bar Association, the Association of Family and Conciliation Courts (AFCC), and co-chair the Vermont Family...

The Oyez Lawyer Directory contains lawyers who have claimed their profiles and are actively seeking clients. Find more Bennington Lawyers in the Justia Legal Services and Lawyers Directory which includes profiles of more than one million lawyers licensed to practice in the United States, in addition to profiles of legal aid, pro bono and legal service organizations.