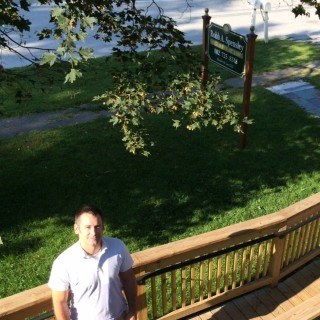 Robb's strong connection to Vermont is at the heart of his success as a lawyer.  Born in Middlebury and raised in Pittsford, Robb graduated from Otter Valley Union High School.  Robb left Vermont to attend college at Clark University in Worcester, MA.  During his time away from Vermont Robb also traveled and spent three years working for City Year Boston. In 2006 Robb returned to Vermont to work at Job Corps in Vergennes and apply to law school.  Robb graduated from Vermont Law School in 2009 and has been practicing law in Vermont ever since.

Robb joined Chadwick Law LLC in 2016.  With an office located in Pittsford, just outside Rutland, Robb has expanded his areas of practice to include non-criminal fields such as Divorce and Family Law, Real Estate, Wills and Estates, Personal Injury and Traffic Ticket Defense.  In addition to assisting private clients in criminal matters, Robb continues to accept Criminal Law assignment cases from the Courts located in Rutland and Addison Counties.  Robb has earned a reputation as a highly competent professional, a fighter, and a hard worker.  Robb is a member of the Rutland County Bar Association and is licensed to practice in both State and Federal Court.