Claimed Lawyer ProfileQ&A
Floyd Edwin Ivey
Kennewick, WA Patents Attorney with 44 years experience
(509) 735-6622 7233 W. Deschutes Ave., Ste C, Box #3
Kennewick, WA 99336
Patents, Business, IP and Trademarks
Gonzaga University School of Law
Show Preview
View Lawyer Profile Email Lawyer
Floyd Ivey completed his BS in Electronic Engineering in 1962. was Commissioned as an Officer in the US Navy and served as the E Division Officer on the aircraft carrier USS Hornet with service in the Sea of Japan and in the South China Sea during the Cold War seeing contacts with Russian Man Of War ships and Russian Badger bombers. Then following the Navy Ivey was an Electronic Engineer with Edgerton, Germeshausen, and Grier (later renamed EG&G Inc.) working with projects at the Nevada Test Site including NERVA(Nuclear Reactor for Interplanetary Space Travel at Jackass Flats Nevada) and...

Seattle, WA 98103
Free ConsultationPatents, IP and Trademarks
Seattle University School of Law
Show Preview
View Website View Lawyer Profile Email Lawyer
Prior to establishing Alloy Patent Law in 2015, Walker spent a decade designing and building aerospace assembly automation. His hands-on experience as an engineer allows him to work with and help inventors of all backgrounds, including those with little-to-no design experience, as well as those with highly technical designs and products. 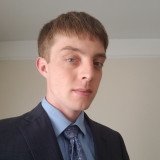 The Oyez Lawyer Directory contains lawyers who have claimed their profiles and are actively seeking clients. Find more East Wenatchee Patents Lawyers in the Justia Legal Services and Lawyers Directory which includes profiles of more than one million lawyers licensed to practice in the United States, in addition to profiles of legal aid, pro bono and legal service organizations.