Boston, MA 02108
Legal Malpractice, Insurance Claims, Personal Injury and Real Estate
University of Virginia School of Law
Show Preview
View Website View Lawyer Profile Email Lawyer
Keith L. Miller is a civil trial lawyer licensed for the practice of law in the states of Massachusetts and New York. He has been trying cases in both state and federal courts in Massachusetts, New York, New Hampshire, Rhode Island and Vermont for over thirty years. He graduated from Yale University in 1976 and from University of Virginia Law School in 1980. He began his legal career in Paris, France and is fluent in French. In 1981 he returned to the U.S. and opened his own law practice in Cambridge, Massachusetts. He spent several years in the 1980’s practicing... 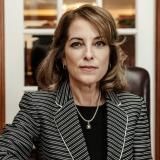 The Oyez Lawyer Directory contains lawyers who have claimed their profiles and are actively seeking clients. Find more Marstons Mills Legal Malpractice Lawyers in the Justia Legal Services and Lawyers Directory which includes profiles of more than one million lawyers licensed to practice in the United States, in addition to profiles of legal aid, pro bono and legal service organizations.