Claimed Lawyer ProfileSocial Media
David J. Gorberg
Honolulu County, HI Consumer Law Lawyer with 34 years of experience
(800) 695-3666 1050 Queen Street
Suite 100
Honolulu, HI 96814
Free ConsultationConsumer
Southwestern Law School
Show Preview
View Website View Lawyer Profile Email Lawyer
David is one of the nation’s most respected lemon law attorneys. He is an attorney in good standing and has been admitted to practice law in Pennsylvania, New Jersey, New York, and Hawaii. He is the founding attorney of the lemon law firm David J. Gorberg & Associates, P.C. and concentrates his practice in the field of Lemon Law and Breach of Warranty. His firm has represented more than 30,000 clients for lemon law claims against all auto manufacturers throughout Pennsylvania, New Jersey, New York, and Hawaii, and has recovered more than 500 million dollars in settlements. The firm maintains lemon...

Consumer, Civil Rights, Employment and Insurance Claims
Univ of San Diego School of Law
Show Preview
View Website View Lawyer Profile
My name is Willy Sink. I am a lawyer with the American Association for Justice. I represent those who are unable to stand up for themselves. I stand up for the underdog. I represent employees who have been wrongfully terminated, whistleblowers, those who have been discriminated against or sexually harassed. I handle injury claims caused by car crashes. I represent consumers who have been injured and take on lawyers who hurt their clients. I also handle military courts martial and will travel globally. I was born and raised in Southern California. My father Fenton H. Sink, Jr., M.D. was an anesthesiologist and...

Claimed Lawyer Profile
Philip Brown
Honolulu County, HI Consumer Law Attorney with 38 years of experience
(808) 523-5900 1003 Bishop St
Ste. 2005
Honolulu, HI 96813
Consumer, Asbestos, Business and Insurance Claims
Washington and Lee University School of Law
Show Preview
View Blog View Lawyer Profile
Although Phil Brown has been a full time litigation attorney since 1985, he became a Hawaii attorney after moving to Honolulu in 1993. Mr. Brown started this office in 1997 after working for some of the finest law firms in Hawaii, New York and Virginia. Upon graduating from Washington and Lee University School of Law in 1985, Mr. Brown was an associate at Hunton and Williams. In 1987 Mr. Brown joined the New York office of Reid and Priest (later known as Thelen Reid and Priest). Mr. Brown often credits these two highly regarded, national law firms as... 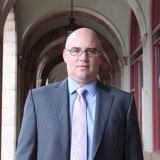 Claimed Lawyer Profile
Frederick John Arensmeyer
Honolulu County, HI Consumer Law Attorney with 16 years of experience
(808) 539-4440 Honolulu, HI 96813
Consumer, Foreclosure Defense, Landlord Tenant and Real Estate
Show Preview
View Lawyer Profile Email Lawyer
For over a decade following the subprime mortgage crisis and the onset of the Great Recession of the late 2000s, Mr. Arensmeyer has practiced private civil litigation, with emphases in the areas of real estate, foreclosure, and consumer protection. He has helped hundreds of distressed home and business owners prevent foreclosure and loss of their properties, renegotiate and restructure their mortgage loans, and even in the most dire cases, ensure that those facing unpreventable eviction were able to vacate with dignity, on their own terms, and with substantial money in their pockets paid in settlement by foreclosing plaintiffs.

Claimed Lawyer Profile
Peter K. Kubota
Hawaii County, HI Consumer Law Attorney with 34 years of experience
(808) 935-2422 505 Kilauea Ave
Hilo, HI 96720
Consumer, Business, Estate Planning and Landlord Tenant
Show Preview
View Website View Lawyer Profile Email Lawyer
My practice is located on the East side of Hawaii Island, primarily in the areas of Estate Planning, Business Law and Real Estate transactions. We have a small office, and provide friendly, practical service. I was born and raised in Hilo, moved back home about 20 years ago to practice law, and I would not live anywhere else in the world.

Consumer Attorneys in Nearby Cities

The Oyez Lawyer Directory contains lawyers who have claimed their profiles and are actively seeking clients. Find more Honolulu County Consumer Lawyers in the Justia Legal Services and Lawyers Directory which includes profiles of more than one million lawyers licensed to practice in the United States, in addition to profiles of legal aid, pro bono and legal service organizations.