Honolulu, HI 96813
Free ConsultationConsumer, Civil Rights, Employment and Insurance Claims
Univ of San Diego School of Law
Show Preview
View Website View Lawyer Profile Email Lawyer
My name is Willy Sink. I am a lawyer with the American Association for Justice. I represent those who are unable to stand up for themselves. I stand up for the underdog. I represent employees who have been wrongfully terminated, whistleblowers, those who have been discriminated against or sexually harassed. I handle injury claims caused by car crashes. I represent consumers who have been injured and take on lawyers who hurt their clients. I also handle military courts martial and will travel globally. I was born and raised in Southern California. My father Fenton H. Sink, Jr., M.D. was an anesthesiologist and...

Claimed Lawyer Profile
Philip Brown
Honolulu, HI Consumer Law Attorney with 35 years experience
(808) 523-5900 1003 Bishop St
Ste. 2005
Honolulu, HI 96813
Consumer, Asbestos, Business and Insurance Claims
Washington and Lee University School of Law
Show Preview
View Blog View Lawyer Profile Email Lawyer
Although Phil Brown has been a full time litigation attorney since 1985, he became a Hawaii attorney after moving to Honolulu in 1993. Mr. Brown started this office in 1997 after working for some of the finest law firms in Hawaii, New York and Virginia. Upon graduating from Washington and Lee University School of Law in 1985, Mr. Brown was an associate at Hunton and Williams. In 1987 Mr. Brown joined the New York office of Reid and Priest (later known as Thelen Reid and Priest). Mr. Brown often credits these two highly regarded, national law firms as...

Claimed Lawyer Profile
Peter K. Kubota
Hilo, HI Consumer Law Attorney with 31 years experience
(808) 935-2422 505 Kilauea Ave
Hilo, HI 96720
Consumer, Business, Estate Planning and Landlord Tenant
Show Preview
View Website View Lawyer Profile Email Lawyer
My practice is located on the East side of Hawaii Island, primarily in the areas of Estate Planning, Business Law and Real Estate transactions. We have a small office, and provide friendly, practical service. I was born and raised in Hilo, moved back home about 20 years ago to practice law, and I would not live anywhere else in the world. 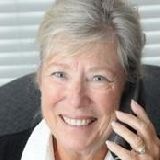 The Oyez Lawyer Directory contains lawyers who have claimed their profiles and are actively seeking clients. Find more Wahiawa Consumer Lawyers in the Justia Legal Services and Lawyers Directory which includes profiles of more than one million lawyers licensed to practice in the United States, in addition to profiles of legal aid, pro bono and legal service organizations.