Free ConsultationBankruptcy and Foreclosure Defense
George Mason University School of Law
Show Preview
View Website View Lawyer Profile Email Lawyer
I wrote the book, "The Truth About Bankruptcy in Virginia" as a consumer guide to the very basics of bankruptcy, and to assist people with making informed choices about their financial future. Many people who would benefit from filing choose not to because of preconceived notions or bad advice. The book recently received the Literary Distinction Award for Literary Excellence and was featured on the cover of Attorney Magazine. Whether you are an attorney or a potential client, call our offices to get your questions answered. We are always looking for a new one!


Free ConsultationBankruptcy, Consumer and Tax
Georgetown University Law Center
Show Preview
View Website View Lawyer Profile Email Lawyer
Paul Gaymon is the founder of The Gaymon Law Firm, PLLC where he focuses his legal practice on representing individuals and businesses with tax debts and other financial problems. Mr. Gaymon represents consumer and business debtors in complex Chapter 7, 11 and 13 bankruptcies. He regularly appears before the United States Bankruptcy Court and interacts with the Internal Revenue Service, the Comptroller of Maryland, and the Virginia Department of Taxation on behalf of his clients. Prior to representing persons and businesses with tax and other financial problems, Mr. Gaymon served as an Attorney-Advisor to the Assistant Secretary...

Claimed Lawyer ProfileSocial Media
Eryk Boston Esq.
Warrenton, VA Bankruptcy Lawyer with 12 years of experience
(540) 313-1255 7289 Greenbrier Road
Warrenton, VA 20187
Free ConsultationBankruptcy, Business, Criminal Defense and Foreclosure Defense
University of Richmond School of Law
Show Preview
View Website View Lawyer Profile Email Lawyer
Erÿk Boston is veteran of the United States Army. He studied law at Cambridge University and The University of Richmond where he earned the degree of Juris Doctor. He was admitted to the Virginia Bar in 2008 after his first bar exam. He has since practiced as a VA bankruptcy lawyer where his experience has included over one thousand Chapter 7, Chapter 12 & Chapter 13 bankruptcy cases. He has worked as a divorce lawyer in hundreds of cases and has substantial experience in criminal defense, preparation of wills and related documents and civil litigation. He is...


Bankruptcy, Business, Collections and Consumer
Vermont Law School
Show Preview
View Website View Lawyer Profile
Ms. Jenkins has been practicing law in Virginia since 2008 when she was admitted to the Virginia State Bar. She is also admitted in the U.S. Bankruptcy Court for the Western District of Virginia and the U.S. Bankruptcy Court for the Eastern District of Virginia. She is experienced in various practice areas such as family law, construction law, landlord/tenant actions, estate administration, debt collection, and bankruptcy. She has appeared in Virginia juvenile and domestic relations district court, general district court, circuit court, and the Virginia Supreme Court.

Free ConsultationBankruptcy
University of Richmond School of Law
Show Preview
View Blog View Lawyer Profile Email Lawyer
I am a consumer bankruptcy attorney located in Alexandria, VA and I serve the needs of those in Alexandria, Virginia and the surrounding area. I am a solo practitioner which means that I will personally handle your case from start to finish. I focus exclusively on bankruptcy work. My goal is to get you a fresh start with minimal stress. I strive to make this burdensome process as easy as possible for my clients. For instance, I never make my clients fill out a 30 page bankruptcy questionnaire. That is what the free initial consultation if for. For more information... 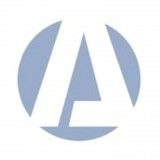 
Free ConsultationBankruptcy, Business, Criminal Defense and DUI & DWI
George Mason University School of Law
Show Preview
View Website View Lawyer Profile
Michael L. Eisner is a founding member of Northern Virginia Law Group, PLLC. Mr. Eisner represents the firm's diverse client base in a variety of legal matters. His practice includes transactional-based matters, such as residential and commercial real estate transactions; corporate formations, organizations, mergers and acquisitions, and various contractual matters. Mr. Eisner regularly litigates in the state and federal courts of Virginia for both civil and criminal matters, with an emphasis on bankruptcy law, landlord and tenant law, civil business litigation and family law. He is licensed to practice in the Commonwealth of Virginia and the District of Columbia. Mr....


Free ConsultationBankruptcy
George Mason University School of Law
Show Preview
View Website View Lawyer Profile Email Lawyer
Deborah N. Arthur has built a long-standing reputation in the Fairfax County, Virginia community for being an attorney with a drive for success. Earning her B.S. in Business Administration from George Mason University in 1977, she continued her education, earning her J.D. from George Mason University in 1982, after spending two years at the Department of Justice. Since then, she has assisted those in need of legal representation in matters concerning divorce, bankruptcy, personal injury, family law, and estate matters. So, what separates Mrs. Arthur from the crowd? She understands that bad things sometimes happen to good people. That's why she...

The Oyez Lawyer Directory contains lawyers who have claimed their profiles and are actively seeking clients. Find more Stafford Bankruptcy Lawyers in the Justia Legal Services and Lawyers Directory which includes profiles of more than one million lawyers licensed to practice in the United States, in addition to profiles of legal aid, pro bono and legal service organizations.