Claimed Lawyer ProfileQ&ABlawg SearchSocial Media
Robert R Weed
Herndon, VA Bankruptcy Attorney with 43 years experience
(703) 421-7111 13800 Coppermine Rd
Herndon, VA 20171
Bankruptcy
University of Maryland - Baltimore
Show Preview
View Blog View Lawyer Profile Email Lawyer
Robert Weed is one of Northern Virginia’s most experienced personal bankruptcy lawyers. During the debate in Congress on the 2005 bankruptcy reform, Robert Weed was interviewed on local and national TV and quoted in newspapers across the country. His blog on bankruptcy issues is read by more than five hundred people around the country, every day! It was recently described by a happy former client as “a Library of Congress of bankruptcy information.” Robert Weed was named bankruptcy lawyer of the month by the National Association of Consumer Bankruptcy Attorneys for April, 2006. NACBA previously...

Claimed Lawyer ProfileSocial Media
Ashley Morgan
Herndon, VA Bankruptcy Lawyer with 6 years experience
(703) 880-4881 722 Grant Street, Suite G
Herndon, VA 20170
Free ConsultationBankruptcy, Foreclosure Defense and Tax
Florida Coastal School of Law
Show Preview
View Website View Lawyer Profile Email Lawyer
Ashley F. Morgan is licensed to practice law in the Commonwealth of Virginia. She is also authorized and admitted to practice law in the United States District Court and the United States Bankruptcy Court for the Eastern District of Virginia. She has dedicated the majority of her legal career helping clients file Chapter 7, 11, and 13 in the Eastern District of Virginia. Ashley works with both individual and business debtors to find the best solution to their debt problems. She is regularly in bankruptcy court in Alexandria, VA or attending 341s with our clients.


Manassas, VA 20110
Free ConsultationBankruptcy, Criminal Defense, DUI & DWI and Personal Injury
George Mason University School of Law
Show Preview
View Website View Lawyer Profile Email Lawyer
James M. Johnson graduated from James Madison University in with degrees in Biology and Economics. He received his Juris Doctor from the George Mason School of Law. James Johnson has worked at the outstanding law firms of Pfitzner & Morley, Johnson Ford Law, and now he is the managing attorney at the Johnson Law Firm, PC. He is admitted to practice in all Virginia courts, as well as the Federal and Bankruptcy courts of the Eastern and Western Districts of Virginia.

Fairfax, VA 22030
Free ConsultationBankruptcy, Business and Immigration
The John Marshall Law School
Show Preview
View Website View Lawyer Profile Email Lawyer
As a first generation American, Attorney Beeraj Patel understands firsthand through life experience the struggles of all those who are entangled at any stage of the immigration process. He knows how difficult it can be for talented individuals coming from other nations to negotiate through the complicated and even daunting immigration system of the United States. This shared connection aids Beeraj in constantly improving his services as an immigration attorney. In addition to being an attorney, Mr. Patel is the featured writer on www.fairfaximmigrationfirm.com and www.fairfaxbankruptcylaw.com, where he blogs about immigration and bankruptcy law respectively. Beeraj Patel’s philosophy...

Fairfax, VA 22030
Free ConsultationBankruptcy and Foreclosure Defense
George Mason University School of Law
Show Preview
View Website View Lawyer Profile Email Lawyer
I wrote the book, "The Truth About Bankruptcy in Virginia" as a consumer guide to the very basics of bankruptcy, and to assist people with making informed choices about their financial future. Many people who would benefit from filing choose not to because of preconceived notions or bad advice. The book recently received the Literary Distinction Award for Literary Excellence and was featured on the cover of Attorney Magazine. Whether you are an attorney or a potential client, call our offices to get your questions answered. We are always looking for a new one!

Claimed Lawyer ProfileSocial MediaResponsive Law
Michael Jacob Owen Sandler
Fairfax, VA Bankruptcy Lawyer with 19 years experience
(703) 691-1642 3977 Chain Bridge Rd #2
Fairfax, VA 22030
Free ConsultationBankruptcy and Divorce
Show Preview
View Website View Lawyer Profile Email Lawyer
Michael Sandler has been practicing bankruptcy law for over twelve years and has successfully represented hundreds of clients in his legal career. Mr. Sandler received his Bachelor of Arts degree in International Relations from The George Washington University in 1989, and his Juris Doctor from George Mason University in 1999. He is admitted to the Virginia Bar and all Virginia state courts, the Eastern and Western Districts or Virginia Bankruptcy Courts, the U.S. District Court for the Eastern District of Virginia, and the U.S. Court of Appeals, 4th Circuit. He is a member of the Northern Virginia Bank... 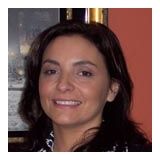 
Alexandria, VA 22314
Free ConsultationBankruptcy, Consumer and Tax
Georgetown University Law Center
Show Preview
View Website View Lawyer Profile Email Lawyer
Paul Gaymon is the founder of The Gaymon Law Firm, PLLC where he focuses his legal practice on representing individuals and businesses with tax debts and other financial problems. Mr. Gaymon represents consumer and business debtors in complex Chapter 7, 11 and 13 bankruptcies. He regularly appears before the United States Bankruptcy Court and interacts with the Internal Revenue Service, the Comptroller of Maryland, and the Virginia Department of Taxation on behalf of his clients. Prior to representing persons and businesses with tax and other financial problems, Mr. Gaymon served as an Attorney-Advisor to the Assistant Secretary...

Winchester, VA 22602
Free ConsultationBankruptcy, Business, Criminal Defense and Foreclosure Defense
University of Richmond School of Law
Show Preview
View Website View Lawyer Profile Email Lawyer
Erÿk Boston is veteran of the United States Army. He studied law at Cambridge University and The University of Richmond where he earned the degree of Juris Doctor. He was admitted to the Virginia Bar in 2008 after his first bar exam. He has since practiced as a VA bankruptcy lawyer where his experience has included over one thousand Chapter 7, Chapter 12 & Chapter 13 bankruptcy cases. He has worked as a divorce lawyer in hundreds of cases and has substantial experience in criminal defense, preparation of wills and related documents and civil litigation. He is...

Winchester, VA 22601
Bankruptcy, Criminal Defense, DUI & DWI and Divorce
Washington and Lee University School of Law
Show Preview
View Website View Lawyer Profile Email Lawyer
The only thing that Mr. DelGado loves more than practicing law is providing superior client satisfaction. Mr. DelGado is more than a lawyer. He is a counselor, he is a supporter, he is a friend. He is fully conscious of the stress, nervousness and anxiousness that individuals feel because of their legal problems.This is why he goes above and beyond to make all of his clients feel at ease. Mr. DelGado recognizes that every client is different and has unique legal needs. Thus, he does not use a one-size-fits-all approach but rather an individualized approach specifically tailored to his clients'...

Alexandria, VA 22314
Free ConsultationBankruptcy
University of Richmond School of Law
Show Preview
View Blog View Lawyer Profile Email Lawyer
I am a consumer bankruptcy attorney located in Alexandria, VA and I serve the needs of those in Alexandria, Virginia and the surrounding area. I am a solo practitioner which means that I will personally handle your case from start to finish. I focus exclusively on bankruptcy work. My goal is to get you a fresh start with minimal stress. I strive to make this burdensome process as easy as possible for my clients. For instance, I never make my clients fill out a 30 page bankruptcy questionnaire. That is what the free initial consultation if for. For more information...

The Oyez Lawyer Directory contains lawyers who have claimed their profiles and are actively seeking clients. Find more Virginia Bankruptcy Lawyers in the Justia Legal Services and Lawyers Directory which includes profiles of more than one million lawyers licensed to practice in the United States, in addition to profiles of legal aid, pro bono and legal service organizations.