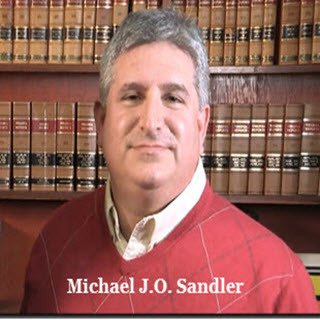 Michael Sandler has been practicing bankruptcy law for over twelve years and has successfully represented hundreds of clients in his legal career. Mr. Sandler received his Bachelor of Arts degree in International Relations from The George Washington University in 1989, and his Juris Doctor from George Mason University in 1999. He is admitted to the Virginia Bar and all Virginia state courts, the Eastern and Western Districts or Virginia Bankruptcy Courts, the U.S. District Court for the Eastern District of Virginia, and the U.S. Court of Appeals, 4th Circuit. He is a member of the Northern Virginia Bank Bar Association and the National Association of Consumer Bank Attorneys. After interning in law school for the U.S. Department of Justice and the City of Alexandria Commonwealth Attorney, Mr. Sandler went into private practice, and has now run his own practice for over 10 years. In addition to bankruptcy law, Mr. Sandler also practices uncontested domestic law, including divorce, the drafting of property settlement agreements and adoptions.

"How Can I Rebuild My Credit After Bankruptcy Woodbridge VA" call (703)494-3323 or visit https://fishersandlerlaw.com Hi this is Michael Sandler with Fisher-Sandler and I am here again today talking about different...

How Will Filing Bankruptcy Affect My Small Business - Woodbridge VA

How Will Filing Bankruptcy Affect My Small Business? Call (703) 494-3323 or visit https://fishersandlerlaw.com Hi I'm Michael Sandler with Fisher-Sandler talking about topics in bankruptcy. A lot of people have their...

Will Bankruptcy Stop My Eviction Woodbridge VA Call (703)494-3323 or visit https://fishersandlerlaw.com Hi this is Michael Sandler talking about different topics in bankruptcy I've had a number of clients come to...

Will Filing Bankruptcy Stop Wage Garnishment Woodbridge VA https://fishersandlerlaw.com (703)494-3323 Hi this is Michael Sandler with Fisher Sandler talking once again about different topics in bankruptcy. Today we will be discussing...