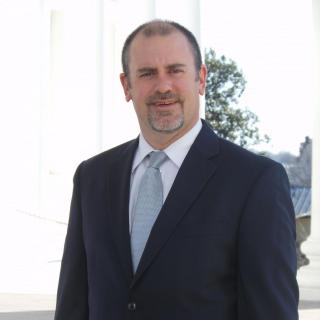 A resident of Virginia Beach for over 30 years, Mr. Miyares has deep roots in our community. A graduate of Kellam High School in Virginia Beach, Mr. Miyares went on to attend Old Dominion University in Norfolk. After earing a B.S. in Political Science in 2000, Mr Miyares earned his J.D. in 2003 from the T.C. Williams School of Law at the University of Richmond. After his admission to the Virginia Bar in 2003, Mr. Miyares proudly worked in the office of the Norfolk Public Defender. During 8 years in that office, Mr. Miyares gained valuable trial practice experience defending all types of cases ranging from minor misdemeanors to serious violent felony offenses. In 2011, Mr. Miyares teamed up with a collegue to form the law firm of Miyares and Knight, P.C. and expanded his practice to include additional areas of civil litigation. Since 2013 when his partner left the practice of law, Mr. Miyares has worked as a solo practitioner focused on developing strong attorney-client relationships that combine efforts to make sure the client fully understands the law in his or her case with aggressive trial representation to protect the client's interests.

Q. I'm moving to Canada and I have no court order to even have visitation of my son how do I make it so he can visit me?
December 17, 2018
A: Moving to Canad is a significant chamge in circumstances since the Court last made a custody decision 5 years ago. Based on the chang in circumstances, you can petitin the court to modify the visitation schedule from the prior order. You should consult with an attorney to help you pursue the best optins in your particular situation.

Q. what happens if a parent isn't following a visitation order to see his children?
December 12, 2018
A: The court has no power to force a noncustodial parent to exercise visitation. When the court orders visitation, it is ensuring that the noncustodial parent is not denied an opportunity to spend time with their children. If the parent chooses to jot take that opportunity and chooses to not see their children, the court can’t force them to visit.

Q. Hi there, I live in Marion VA. I have a daughter that is 15 years old. Can she have say so in visitation?
December 12, 2018
A: One of the statutory factors a Virginia court must consider in visitation orders is the preference of the child in light of the child’s age and maturity level. Therefore, the court would not have put much weight on the preference of a 6 year old child, the court would give more consideration to the preference of a 15 year old child along with all the other factors the court must consider. You should consult with a family law attorney to discuss the specifics of your case and to discuss your options, including the possibility of returning to court to modify the visitation order. Good luck