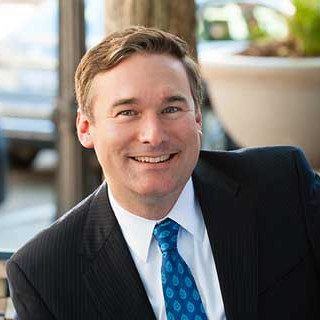 Jeffrey R. Russell is a Board Certified Specialist in Family Law. A Western North Carolina native, he is a member of the Family Law section at Tharrington Smith, LLP. Mr. Russell earned his undergraduate degree in political science from Furman University in Greenville, South Carolina in 1999 and subsequently graduated magna cum laude from the Norman Adrian Wiggins School of Law at Campbell University. During his time at Campbell Law School, Mr. Russell served as a candidate member and as Chief Comments Editor of the Law Review. Additionally, he was a research assistant for Professor James B. McLaughlin of Campbell Law School, editing Webster’s Real Estate Law in North Carolina. Mr. Russell is the recipient of the North Carolina Advocates for Justice Calhoun Advocacy Award and the ALI-ABA Scholarship & Leadership Award. As a member of both the Campbell Law mock trial and moot court teams, Mr. Russell received recognition as regional runner-up in the American Association of Justice’s National Student Trial Advocacy Competition and as a semi-finalist in the U.C. Davis Asylum & Refugee National Moot Court Competition.

Before joining the firm, Mr. Russell clerked for the Honorable John C. Martin, Chief Judge of the North Carolina Court of Appeals.

Mr. Russell is a national member of the Order of the Barristers, having exhibited excellence and attained high honor through the art of courtroom advocacy, and he is a member of both the Wake County Bar Association and the Family Law Section of the North Carolina Bar Association. He has also served as a coach for Campbell Law’s moot court team. In 2016, he was selected to North Carolina Super Lawyers’ Rising Stars.