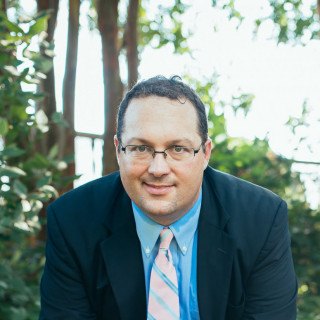 Matthew Stauff believes the practice of law is a privilege that requires him to fight for those needing advocacy during life’s most trying times. He represents clients in divorce proceedings, child custody hearings, and defends those who have been wrongfully terminated from their jobs. During his nearly seven years with Legal Aid of North Carolina he developed extensive experience in family law, employment law, and civil litigation. While court is an option in many cases, Matthew believes that working matters out amicably through settlement leads towards a longer lasting outcome that is more cost-effective and efficient outcome.

Born and raised in New England, Matthew relocated to North Carolina following his wife to her hometown of Raleigh. He received his bachelor’s degree from Providence College majoring in English Literature. The next several years were spent in Boston before attending Roger Williams Law School in Rhode Island. After law school, he was in private practice spending time in both Massachusetts and Rhode Island courts. After relocating to the South, Matthew spent nearly seven years as a Staff Attorney at Legal Aid of North Carolina refining his litigation and analytic skills before opening Stauff, & Gross, PLLC.

Matthew lives in North Raleigh with his wife, son, two dogs, two cats, and the myriad pack of critters his son brings into the house. He enjoys working in the yard (even though his efforts are not obvious), reading, and spending time with family and friends.

Civil Remedies after the 50B (DVPO), Rebalancing Justice: Supporting Victims
May 12, 2011
Legal Aif of North Carolina