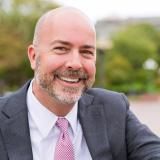 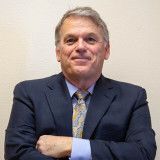 Real people whose sacred constitutional rights have been violated by the government. I focus 100% of my practice on personal injury and criminal defense litigation. 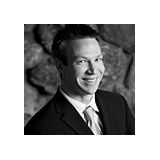 Medical Malpractice, Asbestos, Nursing Home and Personal Injury
University of Wyoming College of Law
Show Preview
View Website View Lawyer Profile Email Lawyer
Tyson Logan loves representing and fighting for people who would otherwise have nowhere else to turn. Tyson is a passionate trial lawyer. He is a people person. He is inspired by the opportunities regular people still have - with the help of hard working trial lawyers - to stand up in court against powerful corporations and the government. Tyson has fought for and won substantial jury verdicts and settlements across the country, involving wrongful death and personal injury, civil rights, railroad accidents, industrial accidents, and oil and gas field explosions and related incidents. NOTABLE... 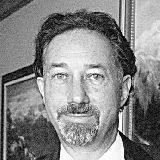 
Free ConsultationMedical Malpractice, Arbitration & Mediation, Asbestos and Nursing Home
University of Wyoming College of Law
Show Preview
View Website View Lawyer Profile Email Lawyer
Richard Honaker has been recognized as one of Wyoming's most effective trial and appellate lawyers. He is admitted to the state courts of Wyoming and Utah, and the federal courts of Wyoming, Colorado, and Utah. He has been an AV-rated lawyer for more than 25 years, and is the only lawyer to have served as president of both the Wyoming State Bar and the Wyoming Trial Lawyers Association. Ordinarily he represents plaintiffs, and he handles cases throughout Wyoming and Utah.

Claimed Lawyer Profile
Ian K. Sandefer
Casper, WY Medical Malpractice Lawyer with 13 years of experience
(307) 232-1977 143 North Park Street
Casper, WY 82601
Free ConsultationMedical Malpractice, Civil Rights, Personal Injury and Products Liability
University of California - Berkeley
Show Preview
View Website View Lawyer Profile
Ian Sandefer is a native of Casper, Wyoming and is a member of Sandefer & Woolsey. Ian’s primary areas of practice are plaintiff’s personal injury and criminal defense. Ian is admitted to practice before all of Wyoming’s state courts, the Federal District Courts of Wyoming, and the Tenth Circuit Court of Appeals. Ian received an Associates of Arts degree, cum laude, from Casper College in 1999. Ian was the recipient of the Wyoming President’s Honor Scholarship at the University of Wyoming, which he attended for one year, maintaining a 4.0 GPA and receiving the William Steckel Undergraduate Scholarship for...

The Oyez Lawyer Directory contains lawyers who have claimed their profiles and are actively seeking clients. Find more Cheyenne Medical Malpractice Lawyers in the Justia Legal Services and Lawyers Directory which includes profiles of more than one million lawyers licensed to practice in the United States, in addition to profiles of legal aid, pro bono and legal service organizations.