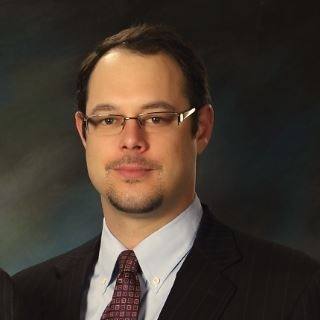 Ian Sandefer is a native of Casper, Wyoming and is a member of Sandefer & Woolsey. Ian’s primary areas of practice are plaintiff’s personal injury and criminal defense. Ian is admitted to practice before all of Wyoming’s state courts, the Federal District Courts of Wyoming, and the Tenth Circuit Court of Appeals. Ian received an Associates of Arts degree, cum laude, from Casper College in 1999. Ian was the recipient of the Wyoming President’s Honor Scholarship at the University of Wyoming, which he attended for one year, maintaining a 4.0 GPA and receiving the William Steckel Undergraduate Scholarship for “excellence in scholarship.” Ian went on to earn his Bachelor’s Degree in History in 2003 from the University of Massachusetts at Amherst, where he earned a number of distinctions, including the Harold W. Carey Prize (awarded to the graduating senior History major with the highest GPA in history courses) and the Simon & Satenig Ermonian Scholarship (awarded annually to “outstanding history majors” selected by the Undergraduate Studies Committee). After completing his Bachelor’s degree, Ian moved back to Wyoming and volunteered as an AmeriCorps VISTA at the Boys & Girls Clubs of Central Wyoming for one year. Ian then attended law school at the University of California, Berkeley (Boalt Hall), widely regarded as one of the premier law schools in the nation. While in law school Ian externed for Chief Judge Vaughn R. Walker of the United States District Court for the Northern District of California; taught Street Law classes at Alameda County Juvenile Hall; was a Board member of the Youth and Education Law Society and the Boalt Hall Criminal Law Association; served as a clinical student at the East Bay Community Law Center in the housing unit; and was a summer law clerk at the National Center for Youth Law and at Cotchett, Pitre, Simon & McCarthy. In 2012, Ian was selected as one of the top 40 trial lawyers under the age of 40.