Ms. Herrera de Bejarano graduated from the University of Texas at El Paso with a degree in Bilingual Education in 2007. She began work at Noble Vrapi in 2008 as a legal assistant. In 2015, she earned her Juris Doctorate with a certification in International and...

Free ConsultationImmigration and Personal Injury
University of New Mexico
Show Preview
View Website View Lawyer Profile Email Lawyer
I grew up in central Mexico and am fluent in both the Spanish Language and Culture. I clerked under John W. Lawit before graduating from the University of New Mexico School of Law. Upon graduation, I was contracted as the Managing Attorney for an Immigration law firm in Albuquerque and have practiced as a Managing Attorney since being barred in New Mexico. I found that many immigrants were disenfranchised in more than just legalization of their immigration status but also in access to justice in general. Seeing this lack of access to justice confirmed in my mind and heart that...

Ms. Weeks is an active member of the American Immigration Lawyers Association (AILA) and a highly sought-after speaker at national and regional conferences. Ms. Weeks has presented and written practice advisories regarding marriage-based immigration cases, naturalization, waivers, removal proceedings, and other topics. Ms. Weeks is the co-chair of the...


Immigration
University of New Mexico
Show Preview
View Website View Lawyer Profile Email Lawyer
In need of an Albuquerque immigration attorney? Mary Ann Romero of Mary Ann Romero & Associates may be able to help. Ms. Romero has more than 14 years of legal experience. She provides services for those trying to obtain green cards, visas, asylum, or citizenship, as well as those who are in need of deportation defense. In 2006, the State Bar of New Mexico named Ms. Romero as one of their Most Distinguished Members, and Imagen Magazine selected her as one of the Top 100 Latinas in New Mexico. Attorney Romero is a graduate of the University Of New Mexico...

Claimed Lawyer ProfileResponsive Law
John Walter Lawit
Albuquerque, NM Immigration Law Attorney with 42 years of experience
(505) 545-6785 817 Gold Avenue SW
Albuquerque, NM 87102
Free ConsultationImmigration
University of New Hampshire School of Law
Show Preview
View Website View Lawyer Profile Email Lawyer
The attorneys and staff at John W. Lawit are dedicated to providing the highest quality legal services to ensure the rights and benefits of the immigrant community. We are also dedicated to protecting the rights of employers, by assisting with I-9 compliance and worksite enforcement. As a team of legal professionals, we provide comprehensive, innovative and competent legal services to our clients to promote opportunities for a meaningful quality of life.

Firm History
John W. Lawit began practicing immigration law in 1980. Over the course of 40 years, John and his staff successfully assisted tens of thousands of clients within the realm...


Immigration and Criminal Defense
University of New Mexico and University of Guanajuato, School of Law
Show Preview
View Website View Lawyer Profile
Carolina Martin Ramos believes in una justicia digna. This means that she believes in treating her clients with the dignity & respect they deserve. Carolina is recognized as a fierce & compassionate advocate. She has a big heart & fights hard for her clients. Carolina Martin Ramos founded Justicia Digna, LLC in 2012 after working as an attorney in government and private law firms. She has managed the work of attorneys and staff in numerous immigration and criminal law cases over the years. Ms. Ramos has helped many families change their lives significantly by attaining immigration benefits through programs like:...


Immigration
The University of Utah S.J. Quinney College of Law
Show Preview
View Website View Lawyer Profile Email Lawyer
Since graduating from law school in 2009, Mark has been advocating for the underprivileged and disenfranchised as an attorney. He has practiced in Washington State, California, and Utah. He has represented more than 15,000 clients across the country and the globe. As a fluent Spanish speaker, Mark is a passionate advocate for immigrants and their rights. As an active member of the Utah State Bar Association, Mark is eligible to practice immigration law in any jurisdiction and continues to represent clients across the globe. 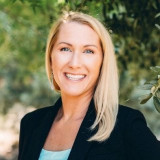 The Oyez Lawyer Directory contains lawyers who have claimed their profiles and are actively seeking clients. Find more Taos Immigration Lawyers in the Justia Legal Services and Lawyers Directory which includes profiles of more than one million lawyers licensed to practice in the United States, in addition to profiles of legal aid, pro bono and legal service organizations.