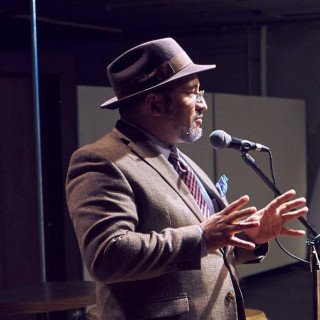 Raymundo Eli Rojas serves the border region offering legal services in immigration and theft of wage cases as well as nonprofit formation and development. Rojas is a attorney who always call you back within 48 hours and frequently serves his community through his legal services or community organizing. Honoring his worker and immigrant roots, he is an advocate for immigrant and worker rights.

An advocate of community, people's, and rascuache lawyering, Raymundo Elí ? Rojas has been a proponent of immigrant rights and an advocate of workers for more than 15 years. His work has extended from the U.S.-Mexico border region to the Midwest section of the U.S., Colorado, ?and to the Washington D.C. area. Offices are in El Paso, Texas and Las Cruces, New Mexico. His practice areas include criminal law, immigration law, worker-side employment law, worker-side wage & hour law, and nonprofit law. Licensed to practice in New Mexico, in the Federal Courts of New Mexico and the Western District of Texas, Immigration Courts. Raymundo Eli Rojas takes responsibility for the contents of this site.