Claimed Lawyer ProfileSocial Media
Joseph Gerard Cella
Fort Lee, NJ Immigration Law Lawyer with 27 years experience
(877) 583-7080 2125 Center Avenue, Suite 304
Fort Lee, NJ 07024
Immigration
New York Law School
Show Preview
View Website View Lawyer Profile Email Lawyer
Joseph G. Cella, Esq., has been professionally involved in Immigration Law since 1989, practicing as an Immigration Attorney since 1993. His Immigration Cases have been the subject of articles in many publications including The Herald News, and he has been published in the New Jersey Law Journal. Mr. Cella has given numerous lectures on various topics within the area of Immigration Law, and has taught various political and legal courses at New Jersey’s William Paterson University, including a Masters Degree Course in Political Asylum and International Human Rights Law. Mr. Cella is the founder of Cella & Associates, LLC, US... 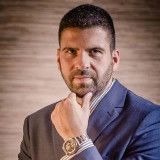 PASSAIC, NJ 07055
Free ConsultationImmigration, Bankruptcy, DUI & DWI and Estate Planning
Show Preview
View Website View Lawyer Profile Email Lawyer
Franklin Montero has represented clients all throughout New Jersey and New York. A majority of the cases that he handles are in municipal court, and range from Title 39, Title 2C and municipal ordinance violations. He has extensive experience in negotiating plea agreements for my clients with the prosecutors. Franklin has effectively tried matters that could not be resolved with a plea bargain. As such, he has experience with trial preparation, which includes properly assessing the relevant statute, applicable case law and preparation of expert and lay direct and cross-examination questions. 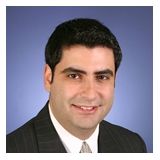 
Fort Lee, NJ 07024
Free ConsultationImmigration, Business, IP and Real Estate
Seton Hall University School of Law
Show Preview
View Website View Lawyer Profile Email Lawyer
Kevork George Adanas was born in Istanbul, Turkey, and moved to the United States at age five. He achieved numerous academic and athletic honors at Providence College and went on to earn his Doctor of Jurisprudence degree from Seton Hall University in the year 2000. His areas of focus throughout his career have included business and corporate law, immigration law and real estate law. After gaining invaluable experience in other respected law firms, Mr. Adanas founded our Fort Lee, New Jersey-based firm in 2005. Ever since, Kevork Adanas P.C. has been a trusted resource for entrepreneurs, business owners and... 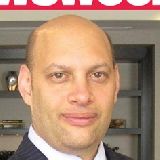 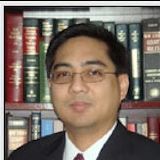 Ridgewood, NJ 07450
Immigration, Education and Real Estate
Vermont Law School
Show Preview
View Website View Lawyer Profile Email Lawyer
I represent individuals in immigration proceedings before U.S. Immigration Courts as well as before U.S. Citizenship and Immigration Services (USCIS) for family-based petitions, naturalization, and humanitarian relief such as asylum, Special Immigrant Juvenile Status, U visas, VAWA and T visas.
I have significant experience representing individuals in humanitarian immigration claims, including asylum, withholding of removal, and relief under the Convention against Torture. I have represented political activists, those fleeing from forms of gender-based violence, those fleeing gang violence, and members of the LGBTQ community from all over the world. I am particularly skilled at representing unaccompanied minor children and teenagers. My...

Claimed Lawyer Profile
Marc P. Feldman
Maplewood, NJ Immigration Law Lawyer with 32 years experience
(973) 267-7555 2130 Milburn Ave
Suite D1
Maplewood, NJ 07040
Immigration, Bankruptcy, Divorce and Family
Seton Hall University School of Law
Show Preview
View Blog View Lawyer Profile Email Lawyer
My name is Marc P. Feldman and I am an attorney located in Morris Plains, New Jersey. I have a broad range of legal knowledge and experience and can provide you with legal services in the following areas: Family Law Bankruptcy Immigration Real Estate Wills and Estates Landlord/Tenant DWI Juvenile Law Municipal Court Expungements I will take the time to get to know you, your goals and your challenges. Your needs are important to me. I will strive to advance your goals and reach your objectives in the most cost-efficient and expeditious manner possible. I have practiced law in...

Colonia, NJ 07067
Immigration
University of California - Berkeley, Inns of Court School of Law, City, University of London and City Law School, City, University of London
Show Preview
View Website View Lawyer Profile
Pradeek Susheelan, Esq. has been selected by Avvo as a Top Immigration Attorney with a superb rating of 10/10. He attended the University of California, Berkeley School of Law (Boalt Hall). He represents large corporate clients as Of-Counsel at the Martindale-Hubble AV-Preeminent rated Corporate Immigration Law Firm ‘Fakhoury Global Immigration’ (FGI). FGI represents some of the world’s largest employers, and has a team of 100 attorneys and support staff, across six locations (California, New York, Florida, Texas, Mumbai, and HQ-Michigan). Mr. Susheelan represents clients in Immigration Court as Of Counsel at The Fogle Law Firm that has won more cases...

The Oyez Lawyer Directory contains lawyers who have claimed their profiles and are actively seeking clients. Find more Union City, New Jersey Immigration Lawyers in the Justia Legal Services and Lawyers Directory which includes profiles of more than one million lawyers licensed to practice in the United States, in addition to profiles of legal aid, pro bono and legal service organizations.