Family, Business, Collections and Divorce
Drake University
Show Preview
View Lawyer Profile Email Lawyer
Nolan K. Yogi is a graduate of the University of Hawaii (Business Administration) and Drake University Law School. He has been in practice for over 31 years in Hawaii and Ohio. He is licensed to practice law in the states of Hawaii, Ohio and California. He is admitted to practice before the United States Supreme Court, US Tax Court, US District Courts in Hawaii and Ohio. He provides experienced legal services in the areas of Divorce, Custody, Paternity, Guardianships, Workers' Compensation, Personal Injury and Accidents, Landlord and Tenant, Home and Small Business counseling and representation, Debt Collection...


Free ConsultationFamily, Divorce, Domestic Violence and Personal Injury
Stetson University College of Law and Florida Coastal School of Law
Show Preview
View Website View Lawyer Profile Email Lawyer
I am a former prosecutor in both Sarasota, Florida and Maui, Hawaii. I have prosecuted and defended some of the most serious crimes.

Free ConsultationFamily, Criminal Defense, Divorce and Estate Planning
University of Miami School of Law
Show Preview
View Website View Lawyer Profile Email Lawyer
Lauren has served as a deputy prosecuting attorney in the counties of Hawaii and Maui. Previous to that she practiced with small firms in the areas of immigration, criminal, estate planning, probate, and divorce.

Free ConsultationFamily and Divorce
University of Hawaii - Manoa
Show Preview
View Website View Lawyer Profile Email Lawyer
Since obtaining his J.D. from the University of Hawaii in 2005, Honolulu divorce attorney Justin L. Sturdivant has focused his practice on family law matters. Throughout his legal career, Mr. Sturdivant has worked as a Civil Litigator, Mediator, Custody Evaluator, and Guardian Ad Litem. These experiences have provided him with great insight into the way the family court system functions. All of Mr. Sturdivant’s knowledge and training goes on to benefit his clients. He takes great pride in his work and fully dedicates himself to achieving the best outcome possible in a timely manner. You schedule a free, no-obligation consultation...

Claimed Lawyer ProfileSocial Media
Mitchell Wong
Honolulu, HI Family Law Lawyer with 30 years of experience
(808) 546-1200 1136 Union Mall
#804
Honolulu, HI 96813
Free ConsultationFamily, Business, Divorce and Domestic Violence
University of Minnesota Law School
Show Preview
View Website View Lawyer Profile Email Lawyer
Mitchell S. Wong has been a lawyer in Hawaii since 1991, when he began his career at the law firm of David C. Schutter. At the time, the law firm was known as Schutter & Glickstein, and the focus of the law firm's practice was personal injury and civil litigation. In time, Mr. Wong became a partner at the law firm, which was then restyled as Schutter Dias Smith & Wong. In 2004 Mr. Wong started his present law firm. While Mr. Wong has continued his diverse work in civil litigation, he also expanded his practice to include family...

Claimed Lawyer Profile
Louis Markee Jr
HONOLULU, HI Family Law Attorney with 45 years of experience
(808) 536-1220 PO Box 3677
HONOLULU, HI 96811
Family and Divorce
Show Preview
View Lawyer Profile Email Lawyer
Attorney Markee practices only in Family Law:
divorces, paternity, restraining orders,
Attorney Markee has over 30 years experience in handling these types of cases. Call him to discuss what is going on with your relationship.
He has handled hundreds of divorces. Each case is different, so you and attorney Markee would need to talk about your situation.
Fees are reasonable.
Attorney Markee will try to finish your case as soon as possible.
536-1220


Family, Criminal Defense, Divorce and Domestic Violence
Show Preview
View Website View Lawyer Profile Email Lawyer
Honolulu attorney Steve Cedillos received his Bachelor of Arts in Communications at the University of Hawaii, after which he studied at the University of Southern California, School of Professional Writing, where he focused on film and production. For his legal education, Mr. Cedillos studied at the University of Hawaii at Manoa, School of Law, where he received his Juris Doctor degree. Over the course of a legal career spanning more than 20 years, Mr. Cedillos has represented countless clients in criminal defense and family law cases of all types. When you hire Steve Cedillos to represent your... 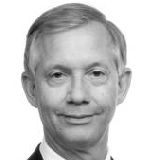 Family, Appeals, Business and Divorce
Show Preview
View Website View Lawyer Profile
Jean-Claude Mademba-Sy is admitted to practice in Hawaii and the U.S. District Court for the District of Hawaii. He earned his J.D. at the William S. Richardson School of Law at the University of Hawaii and his B.S. in industrial relations at the University of Montreal, Canada. Mr. Mademba-Sy has been the firm's business manager since 1995, bringing his business acumen and managerial experience to the firm's litigation projects. He is the architect of the firm's highly automated infrastructure. Before joining Yanagida & Associates, he was the manager of Philips Electronics' Financial Business Systems division in Toronto, the Director General Adjoint of...

Claimed Lawyer Profile
Joy Mademba-Sy Yanagida
Wailuku, HI Family Law Attorney with 30 years of experience
(808) 244-1000 33 Maluhia Dr
Wailuku, HI 96793
Family, Appeals, Business and Divorce
Show Preview
View Website View Lawyer Profile
Joy Yanagida started Yanagida & Associates in 1991, specializing in business law, real estate disputes, and family law. She received her J.D. from the Boalt Hall School of Law at the University of California at Berkeley and her A.B. with distinction from Stanford University. She is admitted to practice law in Hawaii, the U.S. District Court for the District of Hawaii, the U.S. Bankruptcy Court, and the U.S. Court of Appeals for the Ninth Circuit. She also is an inactive member of the California and District of Columbia bars. Before starting Yanagida & Associates, Ms. Yanagida served in these positions: ...
Next
Family Attorneys in Nearby CitiesFamily Attorneys in Nearby Counties

The Oyez Lawyer Directory contains lawyers who have claimed their profiles and are actively seeking clients. Find more Lihue Family Lawyers in the Justia Legal Services and Lawyers Directory which includes profiles of more than one million lawyers licensed to practice in the United States, in addition to profiles of legal aid, pro bono and legal service organizations.