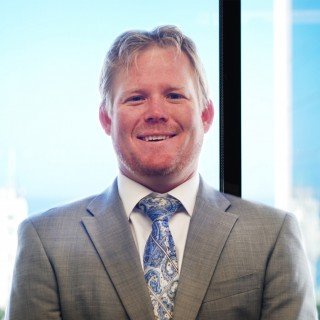 NOAH H. GIBSON is an associate with Coates & Frey LLLC Family Law Firm where he concentrates in Family Law litigation focusing on Paternity, Custody, Divorce, Post-Divorce and TRO issues, and was just selected by Super Lawyers as a "Rising Star" in the Family Law field, a designation limited to the top 3% of attorneys in the field. Noah is a 1999 graduate of Punahou Schools. He left Hawaii to attend the University of Michigan, Ann Arbor where he received his Degree in Economics. After working in Chicago for a number of years with Zach’s Investment Research, he returned to Hawaii and was a 2010 graduate of the Richardson School of Law with a certificate in Native Hawaiian Law. Noah is licensed to practice law in all Hawaii State Courts as well as the Federal District Court for the District of Hawaii. He is a member of the HSBA Family Law Section Hawaii as well as the HSBA Child Law Section Hawaii. Prior to his practice in Family law, he was a Law Clerk to the Honorable Michael Town, Honorable Steven Alm, and Hawaii Supreme Court Justice Michael Wilson. Noah then moved to Honaunau on the Big Island where he was a Kona Public Defender from 2011-2013. Noah returned to Oahu to work in the litigation division of the C&C of Honolulu Corp Counsel before beginning with the Coates and Frey family law firm in 2015. Noah is active with the HSBA currently serving as an Oahu delegate on the HSBA YLD Board and previously as the West Hawaii YLD delegate when he lived on the Big Island. Additionally, he was a 2016 HSBA Leadership Institute Fellow.