Claimed Lawyer ProfileSocial Media
Michael Lee Matuska
Carson City, NV Employment Law Attorney with 26 years of experience
(775) 350-7220 2310 S. Carson St. #6
Carson City, NV 89701
Employment, Business, Health Care and Real Estate
UC Davis School of Law King Hall
Show Preview
View Website View Lawyer Profile Email Lawyer
Mr. Matuska was born and raised in the Bay Area, CA, and has resided n Nevada for over 20 years. His allegiance to both states gives him a competitive edge to his legal practice whether representing businesses or real estate matters. Mr. Matuska understands that not every legal problem requires a complex solution. With more than 20 years experience representing clients in state and federal court in Nevada and California, Mr. Matuska has the experience to meet your goals. The goal of Matuska Law Offices is to provide innovative and effective legal representation that is targeted...

Mr. Richards relocated to Las Vegas, Nevada from Salt Lake City, Utah in 2003. Prior to practicing law, Mr. Richards served in the United States Marine Corps from 1997 until 2003. He participated in Operation Noble Eagle and Operation Iraqi Freedom as a non-commissioned officer with Fox Co. 2nd Bn, 23rd Marines. Mr. Richards also worked in the construction industry for several years, both before and after his service in the United States Marine Corps, building single family residential production homes in...

Employment, Medical Malpractice, Nursing Home and Personal Injury
UNLV William S. Boyd School of Law
Show Preview
View Website View Lawyer Profile Email Lawyer
Kristina was inspired to pursue a career in the legal field after working as a legal assistant when she was just 16 years old. She graduated with her bachelor’s degree in business management from the University of Nevada, Las Vegas, and she later decided to obtain her Juris Doctor from UNLV’s William S. Boyd School of Law. She has been practicing since 2002.

Free ConsultationEmployment and Civil Rights
Michigan State University
Show Preview
View Website View Lawyer Profile Email Lawyer
I am the owner of Piccolo Law Offices, an attorney, and a counselor at law. I primarily serve clients in the Las Vegas and Henderson area, but I also have clients in Utah and other parts of Nevada.

I have a client-centered practice. I enjoy interacting with my clients directly and working personally to meet their legal needs from beginning to end. I keep my fees affordable by maintaining low overhead costs and by being efficient.

I offer trusted representation in the practice areas of employment law, constitutional law, and civil rights. I can also handle general litigation. For employment law,...

Employment, Business, IP and Workers' Comp
Western State University College of Law
Show Preview
View Lawyer Profile Email Lawyer
Michael P. Balaban has handled labor and employment cases for mostly employees since 1997. During that time Michael has represented numerous clients in cases involving discrimination or other employment related claims, including cases brought under Title VII, the Americans with Disabilities Act, the Age Discrimination in Employment Act, the Family Medical Leave Act, for wrongful termination, for whistle blowing, for wages and hours disputes, for unemployment benefits and for employment benefits. Michael believes his “hands on style” and preparedness is the key to the success he has achieved for his clients over the years. Labor and Employment law is... 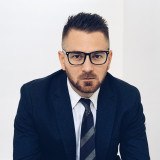 Mr. Caughlan's extensive years of experience with settlements is supplemented with his knowledge of working at an insurance defense firm. If you need an attorney on your side to relentlessly fight for your justice, call us today at (800) 500- 5200.

Alberto was inspired to become a lawyer after his 6th grade teacher encouraged him to research the legal profession. He was in awe of how lawyers were able to help people, and he decided to pursue a career in the legal field. Alberto...

The Oyez Lawyer Directory contains lawyers who have claimed their profiles and are actively seeking clients. Find more Cold Springs Employment Lawyers in the Justia Legal Services and Lawyers Directory which includes profiles of more than one million lawyers licensed to practice in the United States, in addition to profiles of legal aid, pro bono and legal service organizations.