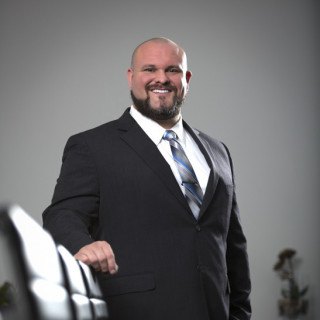 Originally from the sunny beaches of Southern California, attorney Timothy Revero transplanted to Nevada in 2014 to pursue a career in law. However, before he did, Timothy practiced as a Registered Nurse in California for almost 10 years starting in 2008. He received a certification in Advanced Emergency Trauma Nursing and eventually went on to earn a Bachelor of Science Degree in Nursing from the University of Phoenix in 2011. Timothy was a seasoned and skilled Registered Nurse specializing in the areas of Emergency/Trauma, ICU, Pediatric Emergency, and Mobile Intensive Care Transport. Later he became a professional traveling nurse practicing in hospitals all over California.

After practicing as a nurse for almost a decade in California, Timothy attended the University of Nevada, Las Vegas – William S. Boyd School of Law and became a certified mediator in 2015, earned a Juris Doctor in 2016, and a Master of Laws in Gaming Law and Regulation in 2017. Timothy finished each law degree a semester early and completed both in just three years. He also received special recognition with the Dean’s Award at graduation. While in law school, Timothy served as the Student Bar Association Vice President, interned for United States Judge George Foley, Jr., and worked for United States Senator Harry Reid (retired).

Before joining Richard Harris Personal Injury Law Firm, Tim was a writer for a well-known criminal defense firm in Las Vegas where he specialized in appellate practice. He also worked for a commercial litigation firm where he gained valuable experience in the areas of commercial litigation, administrative law, and cannabis law.

His interests outside of work include spending time with his family, camping, fishing, hiking, and going off-road with his truck and dirt bikes.

Were you injured while on a bus?
Richard Harris Law Firm

Why Did the Dog Bite?
Richard Harris Law Firm

40 years ago, the Richard Harris Law Firm began with a single client. And one thing has remained constant through the years – our clients come first. From the beginning, we have set the standard for extraordinary client service and results. Richard Harris Law Firm 801 S 4th St, Las Vegas, NV 89101 (702) 550-7537 https://richardharrislaw.com/