Claimed Lawyer Profile
Justin M Clouser
Gardnerville, NV Elder Law Attorney with 43 years of experience
(775) 782-2888 1512 US Hwy 395 N
Ste 1
Gardnerville, NV 89410
Elder, Business, Estate Planning and Social Security Disability
University of Tennessee - Knoxville
Show Preview
View Lawyer Profile Email Lawyer
I have maintained my own law practice in Minden, NV since January 2007.. I have been a licensed attorney for over 35 years with the first 11 years of my practice spent representing the elderly and disadvantaged. Besides Nevada I also maintain active law licenses in California, Florida and Tennessee. My practice is a general civil practice, including litigation, arbitration and mediation. I represent individuals and companies in business matters, estate planning, probate, real estate, personal injury, water rights, Social Security Disability, and some criminal matters.

Free ConsultationElder, Estate Planning and Probate
Brigham Young University
Show Preview
View Website View Lawyer Profile Email Lawyer
To establish a secure estate plan, it is important to understand all your options. As an estate planning and asset protection attorney with more than 35 years of experience, Robert L. Bolick, will help guide you in making informed decisions and assist you in achieving your goals. Robert works closely with his clients to assess their individual needs and then assists them in developing a customized plan tailored to fit their unique situation.

Claimed Lawyer ProfileSocial Media
Lewis John Gazda
Las Vegas, NV Elder Law Attorney with 30 years of experience
(702) 220-7128 2600 S Rainbow Blvd
Las Vegas, NV 89146
Free ConsultationElder, Animal, Health Care and Personal Injury
Creighton University School of Law
Show Preview
View Website View Lawyer Profile Email Lawyer
Lewis’ legal career, began in 1991 and focuses on serious personal injury and wrongful death. He has extensive experience in both state and federal courts representing the rights of those people who have been injured due to the wrongful acts of other people and corporations. Many of Lewis’ cases require extensive knowledge of the spine and spinal surgeries, brain injuries and orthopedic processes within the human body. Lewis has tried numerous cases and is very successful in the courtroom! 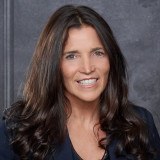 Claimed Lawyer ProfileSocial MediaResponsive Law
Donald Erich Lowrey
Las Vegas, NV Elder Law Attorney with 36 years of experience
(702) 645-7452 7473 W. Lake Mead Blvd. Ste. 100
Las Vegas, NV 89128
Elder, Foreclosure Defense, Real Estate and Tax
Western State Univ COL, Chapman University Fowler School of Law and Western State University College of Law
Show Preview
View Website View Lawyer Profile Email Lawyer
Mr. Lowrey has practiced law for more than 29 years in a variety of legal settings and he brings this experience to your case. He has earned an advanced degree in taxation (LL.M.) and is a graduate of the Elder Law College. He is admitted to the practice of law in Nevada, California and New Mexico and in the highest court of each state. To learn more about Mr. Lowrey, please see the firm web site at www.lowreylaw.com.

The Oyez Lawyer Directory contains lawyers who have claimed their profiles and are actively seeking clients. Find more Sun Valley Elder Law Lawyers in the Justia Legal Services and Lawyers Directory which includes profiles of more than one million lawyers licensed to practice in the United States, in addition to profiles of legal aid, pro bono and legal service organizations.