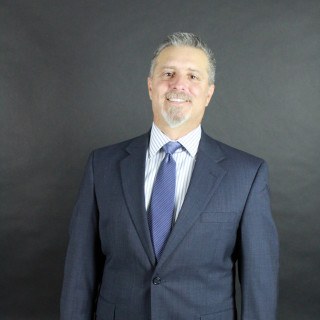 Lewis’ legal career, began in 1991 and focuses on serious personal injury and wrongful death. He has extensive experience in both state and federal courts representing the rights of those people who have been injured due to the wrongful acts of other people and corporations. Many of Lewis’ cases require extensive knowledge of the spine and spinal surgeries, brain injuries and orthopedic processes within the human body. Lewis has tried numerous cases and is very successful in the courtroom!

Lewis has achieved the highest possible rating of “AV” from the nation’s leader in attorney ratings: Martindale Hubbell. The “AV” ranking is a testament to the fact that Lewis’ peers rank his legal knowledge, analytical capabilities, judgment, communication ability and experience as preeminent and at the highest level of professional excellence.

Lewis is a member of the “Multi-Million Dollar Advocates Forum. This forum is one of the most prestigious groups of trial lawyers in the United States and is limited to lawyers who have won million and multi-million dollar verdicts and settlements. Fewer than 1% of U.S. lawyers are members.

Lewis has also been elected into the National Trial Lawyers Top 100 which is an invitation-only organization composed of the premier trial lawyers from each state or region who meet stringent qualifications as civil plaintiff and/or criminal defense trial lawyer. Membership is extended only to the select few of the most qualified attorneys from each state or region who demonstrate superior qualifications of leadership, reputation, influence, stature and public profile.

When Lewis is not practicing law he is spending time with his family and helping the community with his baseball coaching expertise. Lewis is an avid sports fan and has coached baseball for Las Vegas little leaguers, private club ball and High Schoolers alike.