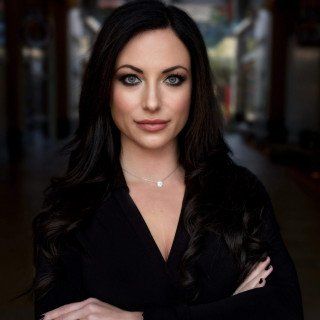 Let our family take care of you. Contact us today for your free consultation..
Badges
Claimed Lawyer Profile
Biography

In 2008, Amanda attended law school in San Diego, California at Thomas Jefferson School of Law located in downtown San Diego. Throughout law school, Amanda always wanted to gain professional experience. In the Summer of 2009, Amanda worked as an extern for the Honorable Elizabeth Gonzalez in the Eighth Judicial District Court in Clark County. She was always interested in criminal law and spent her last year in law school working at the Alternate Public Defenders Office in downtown San Diego.After law school, Amanda moved back to Las Vegas. In July 2011, Amanda took the Nevada Bar and also started working as a Law Clerk for the Honorable Michelle Leavitt in the Eighth Judicial District Court in Clark County where she gained many valuable researching and writing skills and learned firsthand how the judicial system works. In October 2011, Amanda passed the Nevada Bar and continued to work as a law clerk for the next year. In October 2012, Amanda went to work for a general practice law firm and learned many different areas of law. In her general practice, Amanda learned her passion for family law and how fulfilling that passion could be.

In November of 2013, Amanda and her father, became partners and opened their own law firm. In early 2015, Amanda was nominated as a top attorney in the United States by the Global Directory of Who’s Who. Amanda handles a variety of cases including but not limited to Family Law cases, personal injury, elder abuse and neglect, business formation, contract matters, and landlord/tenant disputes. Amanda believes that every client’s case is unique and each requires specific attention.

Amanda started the Children’s Literacy Project in Las Vegas Nevada with a partner, in 2013. The non-profit organization chooses different lower income schools each year and focuses on making sure each child gets a book at their particular reading level. The charity has had great success and has grown immensely each year.

Amanda is very involved in th