Claimed Lawyer ProfileQ&ASocial Media
William T. Bly Esq
Portland, ME Criminal Defense Attorney with 14 years experience
(207) 602-1675 19 Commercial St
2nd Floor
Portland, ME 04101
Free ConsultationCriminal Defense, DUI & DWI, Domestic Violence and White Collar Crime
University of Maine - School of Law
Show Preview
View Website View Lawyer Profile Email Lawyer
Prior to going back to college at the age of 27, I was a member of the US Army and served in Korea, Saudi Arabia and Ft. Banning, GA as a Cavalry Scout (19D). During my time in service I made my way up through the enlisted ranks and eventually applied to OCA where I was accepted and began officer training. Unfortunately, due a serious injury sustained prior to the final phase of the course, I was unable to complete my training and eventually left the US Army, receiving an Honorable Discharge for my service to this country.

Portland, ME 04101
Criminal Defense, DUI & DWI, Divorce and Estate Planning
University of Maine School of Law
Show Preview
View Website View Lawyer Profile Email Lawyer
Over the course of his career as a Maine attorney, Dylan Boyd has successfully represented clients at all stages of litigation. Inside the courtroom, he has zealously advocated for clients at both jury trials and hearings before judges in both criminal and civil cases. He has also guided clients to successful results outside the courtroom by negotiating advantageous deals and drafting effective legal documents. Dylan Boyd was born and raised in Boothbay Harbor, Maine. He attended the University of Vermont and earned a bachelor’s degree in English in 2006. He returned to Maine to attend the University...

Portland, ME 04101
Free ConsultationCriminal Defense, Appeals, DUI & DWI and Domestic Violence
University of Maine School of Law
Show Preview
View Website View Lawyer Profile Email Lawyer
I am a Criminal Defense Lawyer based in Portland, Maine. I defends clients charged with Operating Under the Influence (OUI), Drunk Driving, Operating After Suspension or Habitual Offender Revocation, Drug Possession and Trafficking, Marijuana Offenses, Assault, Sexual Offenses, Prostitution Charges, Probation Violations, Extradition Cases, and all other Criminal matters. I Practice in State and Federal Court at the Trial and Appellate Level and handel cases throughout Cumberland, York and Androscoggin Counties. While, I specialize in Criminal Defense, I work with seven other Lawyers at the FIrm, Fairfield & Associates. Other Attorneys there handel Family Law and divorce, Juvenile Criminal Defense, Personal Injury,...

Claimed Lawyer Profile
Stephen Sweatt
Portland, ME Criminal Defense Lawyer
(207) 228-1139 1250 Forest Avenue, Ste 3A
Portland, ME 04103
Criminal Defense, Appeals, Cannabis Law and DUI & DWI
University of Maine - School of Law
Show Preview
View Website View Lawyer Profile
Stephen Sweatt is an attorney who grew up in Scarborough, Maine, where he attended Scarborough High School. He graduated from the University of Southern Maine in with a degree in Biology, followed by earning his Juris Doctor of Laws at the University of Maine School of Law.

Claimed Lawyer ProfileSocial Media
Mariah America Gleaton
Waterville, ME Criminal Defense Attorney with 5 years experience
(207) 872-0112 12 Silver Street
P.O. Box 559
Waterville, ME 04903
Criminal Defense, Business, Collections and DUI & DWI
University of Connecticut School of Law
Show Preview
View Website View Lawyer Profile Email Lawyer
I have grown up in Maine attending Erskine Academy and UMaine Orono. I obtained my law degree in Connecticut (Uconn Law) and returned to practice near my home. Now that I have returned to Maine I have picked up my favorite hobbies: hiking, biking, fishing, kayaking, visiting the local towns for those small hidden gem's like Eat More Cheese, Liberal Cup, Jess's Market, Perry's Nutshop (any many others), and spending time with family and friends.

Claimed Lawyer Profile
Jonathan Steven Handelman Esq
Brunswick, ME Criminal Defense Attorney with 14 years experience
(207) 373-4100 16 Union Street
Brunswick, ME 04011
Free ConsultationCriminal Defense, DUI & DWI and Juvenile
Show Preview
View Website View Lawyer Profile Email Lawyer
I have been practicing law since 2005. I represent people charged with crimes in Maine state courts in a number of coastal counties. My practice regularly brings me to Androscoggin, Cumberland, Kennebec, Knox, Lincoln, Sagadahoc, York, and Waldo counties. My clients typically have cases in Superior Court and District Court. The people I help range from juveniles to adults. Everyone deserves a vigorous defense, every case is important, and everyone deserves to be treated with respect. I do not judge my clients, I defend them.

Claimed Lawyer Profile
James A. Clifford
Portland, ME Criminal Defense Lawyer with 22 years experience
(207) 985-3200 One Monument Way
Suite 421
Portland, ME 04101
Free ConsultationCriminal Defense, Civil Rights, Consumer and DUI & DWI
Suffolk University Law School
Show Preview
View Website View Lawyer Profile Email Lawyer
James Clifford focuses his practice on employment law, commercial litigation, disability rights, and special education law and advocacy. He is admitted to the Maine and Massachusetts Bars, the U.S. District Courts in Maine and Massachusetts, and First Circuit Court of Appeals. Jim began his career as an Assistant District Attorney in Massachusetts, then became a commercial litigation associate at large law firms in Portland and Boston. Thereafter, he served as general counsel to several start ups and small businesses. He returned to private practice in 2007. Jim grew up in Lewiston and comes from a long line of lawyers... 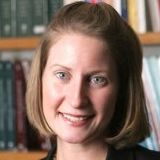 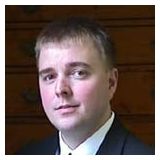 With more than 10 years' experience trying cases, Attorney Van Horn has the knowledge and skill to provide you the most effective representation in court and at trial.

Attorney Van Horn represents clients throughout Maine. He most frequently appears before the courts and judges in Hancock, Washington, Penobscot and Waldo Counties in the towns of Ellsworth, Bangor, Belfast, Machias and Calais.

Kennebunk, ME 04043
Free ConsultationCriminal Defense, DUI & DWI, Family and Traffic Tickets
Widener University Delaware School of Law
Show Preview
View Website View Lawyer Profile Email Lawyer
Attorney Hansen's practice areas include DWI and criminal defense, divorce and family law, as well as civil litigation, including court-approved factoring transactions. He graduated from Bates College in 1991 and Delaware Law School in 1996. He is licensed in NH, ME, and MA. As a former prosecutor and criminal contract attorney for NH and ME, Al has extensive courtroom experience with numerous jury and non-jury trials under his belt. He is a member of the NH, ME, and National Associations of Criminal Defense Lawyers, National College for DUI Defense, as well as the NH Bar Association's...

The Oyez Lawyer Directory contains lawyers who have claimed their profiles and are actively seeking clients. Find more Winthrop, Maine Criminal Lawyers in the Justia Legal Services and Lawyers Directory which includes profiles of more than one million lawyers licensed to practice in the United States, in addition to profiles of legal aid, pro bono and legal service organizations.