As prosecutor, Monica Madin is responsible for the prosecution of individuals charged with... 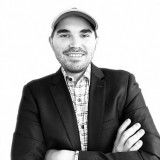 Free ConsultationCannabis Law, Business, Communications and Trademarks
Pace Law School and Pennsylvania State University - University Park
Show Preview
View Website View Lawyer Profile Email Lawyer
My goal is to build real and meaningful relationships with my clients. I do this by being transparent, communicating quickly and efficiently, and by trying to come up with creative solutions to my client's problems or needs. I practice in a few areas of law that I believe can help startups and small businesses achieve their goals, from start to finish.

I have gained valuable experience both In-house for a variety of companies in New York and New Jersey and, in law firms in Manhattan. This mix of experience has given me a unique ability to balance the (often divergent) legal... 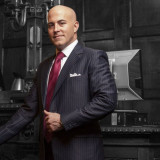 
Free ConsultationCannabis Law, Business, Criminal Defense and DUI & DWI
Florida Coastal School of Law
Show Preview
View Website View Lawyer Profile Email Lawyer
Nicholas Anthony Pagliara is the founding partner of Pagliara Law Group, who represents clients in personal injury, criminal law, domestic violence, immigration and family law cases throughout New Jersey. Mr. Pagliara provides aggressive defense and negotiation. Pagliara Law Group, PA is a knowledgeable and aggressive New Jersey based law firm representing all of the voiceless and gives them a voice. Whether it be you are fighting the government with criminal charges, injured due to the negligence of others in a car accident or medical malpractice, or even immigration matters. We are here for you. We protect...

Claimed Lawyer ProfileSocial MediaResponsive Law
Michael Korsinsky
Lakewood, NJ Cannabis & Marijuana Law Lawyer with 21 years of experience
(212) 433-2712 1072 Madison Avenue
Lakewood, NJ 08701
Cannabis Law, Arbitration & Mediation, Business and Construction
Brooklyn Law School
Show Preview
View Website View Lawyer Profile Email Lawyer
Michael Korsinsky is a founding partner at Korsinsky & Klein, LLP. He manages the firm’s litigation groups, which includes matters before various courts as well as those matters before administrative tribunals at various government agencies. He concentrates and dedicates most of his time with construction litigation, Elder Law and Health Law matters. He is a graduate of Brooklyn Law School and is admitted to both the New York and New Jersey Bars as well as the following Federal courts: the Second Circuit, the Eastern District of New York, the Southern District of New York, the Northern District of New York...
Cannabis & Marijuana Attorneys in Nearby CitiesCannabis & Marijuana Attorneys in Nearby Counties

The Oyez Lawyer Directory contains lawyers who have claimed their profiles and are actively seeking clients. Find more Parsippany Cannabis & Marijuana Lawyers in the Justia Legal Services and Lawyers Directory which includes profiles of more than one million lawyers licensed to practice in the United States, in addition to profiles of legal aid, pro bono and legal service organizations.