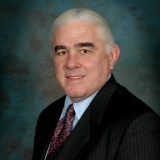 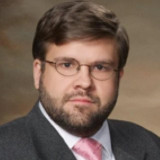 Free ConsultationBankruptcy
University of Richmond School of Law and University of Cambridge
Show Preview
View Website View Lawyer Profile Email Lawyer
Rich Pecoraro has focused 100% of his practice on consumer bankruptcy Ch. 7 and Ch. 13 services since 2002. He strives to provide caring and attentive service to his clients, while maintaining a strong and progressive approach to his practice. Rich has helped thousands of Virginians resolve their debt and regain control of their finances in order to focus on the more important things in their lives. He was previously an associate at Boleman Law and a partner at the law firm of Chandler Pecoraro.

Early in her career, she enjoyed a varied general practice with a heavy emphasis on litigation. She was exposed to many areas of the law and logged many hours in the courtroom. As time progressed, Ms. Bradley was able to identify her strengths and follow her interests. She now concentrates her practice in workers’ compensation and Bankruptcy.

In 2003, I returned to my native state of Virginia and established the Merna Law Group. Since the founding of the firm we have won over 35 awards for customer service, good work, and other accolades. Over my more than 25 years of bankruptcy practice, myself and my attorneys have filed over 10,000 successful cases.

Free ConsultationBankruptcy, Divorce, Family and Probate
University of Richmond School of Law
Show Preview
View Website View Lawyer Profile Email Lawyer
I assist clients with legal problems in the areas of bankruptcy, divorce, wills and trusts, and probate or estate administration. I am an experienced trial lawyer and have been a member of the Virginia State Bar since 1987. While I am glad to help clients settle their legal matters expeditiously and at the lowest costs to their satisfaction, I welcome the opportunity to litigate contested matters when settlement is not an acceptable option. I particularly enjoy the interplay between different practice areas, and have helped clients with both marital or divorce problems and financial problems such as...

Free ConsultationBankruptcy, Family, Traffic Tickets and Workers' Comp
University of Richmond School of Law
Show Preview
View Website View Lawyer Profile Email Lawyer
Robert Flax represents drivers with speeding and, reckless driving charges. He appears in the Richmond, Virginia area courts of the City of Richmond, Henrico, Chesterfield, Hanover, Petersburg and Colonial Heights. Richmond Virginia area traffic courts hear thousands of cases a year. Interstates 64 and 95 run through it. Out of state drivers may receive higher fines and other punishment if they do not have a lawyer to show that the driver deserves leniency or is innocent. Reckless driving is a misdemeanor. A conviction of reckless driving or speeding might affect the driver’s employment and security...

Bankruptcy
College of William and Mary
Show Preview
View Website View Lawyer Profile Email Lawyer
Amanda is a Shareholder of Boleman Law Firm and manages the Richmond office’s post-filing department. She primarily practices in the firm’s Richmond office, however, she covers dockets and litigates cases in the Richmond, Newport News, and Norfolk Bankruptcy Courts. Her primary practice is post-filing issues and litigation, including managing the motion for relief and objection dockets. Amanda has litigated numerous matters, including the dischargeability of obligations arising from divorce, landlord-tenant, and business debts.

Amanda coordinates the pro bono efforts for the Richmond office and is a regular speaker at continuing legal education conferences. In 2017, she was selected as the Young...

Bankruptcy, Divorce, Family and Traffic Tickets
University of Richmond School of Law
Show Preview
View Website View Lawyer Profile Email Lawyer
Syreeta Bailey Stewart, Esq. is an active member of her professional community focused on providing excellent client service. A proud “double-Spider,” Ms. Stewart graduated with cum laude honors from the University of Richmond’s T.C. Williams School of Law in 2010, after receiving her bachelor’s degree from UR’s Westhampton College in 2002, with double-majors in Political Science and Spanish, and a minor in Business Administration. Ms. Stewart has received several academic awards, including the Westhampton College Distinguished Leadership Award, the Women Involved in Leadership and Learning Award, and three CALI Excellence for the Future Awards for receiving the highest... 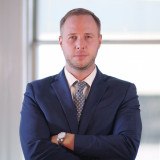 Bankruptcy
University of Richmond School of Law
Show Preview
View Website View Lawyer Profile Email Lawyer
Richmond bankruptcy lawyer Stephen L. Flores always prioritizes his clients’ needs and goals. By offering quick communication, personalized services, and his in-depth experience and knowledge, every client that comes to his office leaves with a sense of relief that they have a true ally working on their behalf. Stephen has always valued his ability to help others, and after graduating from the University of Virginia, he worked as a deputy clerk, where he assisted individuals who did not have lawyers file their important paperwork. In realizing he could do more to help as an attorney, he graduated with his JD...

Free ConsultationBankruptcy and Foreclosure Defense
Show Preview
View Website View Lawyer Profile Email Lawyer
Are you considering filing for bankruptcy?...Life is full of surprises, and situations like a divorce, a job loss, or a medical emergency can place a heavy burden on your finances. When unexpected burdens arise, it can seem like all odds are against you, and you have nowhere to turn for help. If you're in danger of going into debt, or currently struggling to get out of debt, then speaking with a bankruptcy lawyer may be a wise decision to help better manage your debt, or give you a fresh start. Sharon Choi Stuart is the founder of Stuart Law...

Free ConsultationBankruptcy and Consumer
Wake Forest University School of Law and George Mason University School of Law
Show Preview
View Lawyer Profile Email Lawyer
Steve is a shareholder at Boleman Law Firm, and he is a member of the firm's consumer litigation team. His practice focuses on representing and protecting the rights of consumers, particularly with credit reporting inaccuracies and mortgage servicing issues. Prior to joining the firm's consumer litigation team, Steve spent several years practicing bankruptcy law where he has experience representing both creditors and debtors. Since joining Boleman Law Firm in 2014, Steve has represented consumer debtors exclusively. 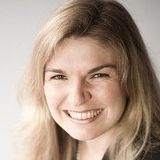 Claimed Lawyer ProfileSocial Media
Mr. James Bradley Winder Jr.
Richmond, VA Bankruptcy Lawyer with 16 years of experience
(804) 767-1800 9327 Midlothian TPKE
Suite 1J
Richmond, VA 23235
Free ConsultationBankruptcy, Consumer and Personal Injury
University of Richmond School of Law
Show Preview
View Website View Lawyer Profile Email Lawyer
J. Bradley Winder, Jr. is a native Virginian who attended James Madison University, graduating with a B.A. in English, and a graduate of The University of Richmond T.C. Williams School of Law. Bradley is licensed in both Virginia and Washington, DC, is a member of the United States Federal Court for the Eastern District of Virginia and the United States Fourth Circuit Court of Appeals. Bradley began practicing law as a consumer rights advocate and has since maintained a client and consumer advocate approach to his legal practice. Bradley is a partner at FerrisWinder PLLC and can assist you in the... 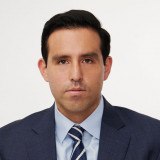 Claimed Lawyer ProfileSocial Media
Gerardo M DelGado
Winchester, VA Bankruptcy Attorney
(540) 632-0017 2 South Kent Street
Winchester, VA 22601
Bankruptcy, Criminal Defense, DUI & DWI and Divorce
Washington and Lee University School of Law
Show Preview
View Website View Lawyer Profile Email Lawyer
The only thing that Mr. Delgado loves more than practicing law is providing superior client satisfaction. Mr. Delgado is more than a lawyer. He is a counselor, he is a supporter, he is a friend. He is fully conscious of the stress, nervousness and anxiousness that individuals feel because of their legal problems.This is why he goes above and beyond to make all of his clients feel at ease. Mr. Delgado recognizes that every client is different and has unique legal needs. Thus, he does not use a one-size-fits-all approach but rather an individualized approach specifically tailored to his clients'...

Claimed Lawyer Profile
Alexander Hamilton Ayers
Richmond, VA Bankruptcy Lawyer with 12 years of experience
710 N Hamilton St
Suite 300
Richmond, VA 23221
Bankruptcy, Business, Construction and Foreclosure Defense
Appalachian School of Law
Show Preview
View Website View Lawyer Profile
Alexander was born and raised in the Richmond, VA area. He is an Eagle Scout and Member of the Order of the Arrow. Alexander attended the Virginia Military Institute on a lacrosse scholarship. After his Rat Year, Alexander transferred to Hampden Sydney College, where he graduated in 2002. Alexander worked as a law clerk for 3 years at Ayers & Stolte before attending Appalachian School of Law. He served as a law clerk for the Honorable John Alderman of Hanover Circuit Court in the Summer of 2007. Alexander graduated ASL with 112 hours of training in the theory, ethics and...

Claimed Lawyer ProfileSocial Media
J. Brian Bailey
Richmond, VA Bankruptcy Attorney with 8 years of experience
(804) 251-8002 1011 E. Main St.
Ste. 204
Richmond, VA 23219
Free ConsultationBankruptcy, Appeals, Criminal Defense and DUI & DWI
Regent University School of Law
Show Preview
View Lawyer Profile
Mr. Bailey received a B.A. in Government from The College of William and Mary before enrolling at Regent University School of Law. While studying law, he served as Judicial Clerk for the Honorable Robert J. Humphreys in the Court of Appeals of Virginia and interned at the Office of the Attorney General of Virginia. After receiving his J.D. from Regent, Mr. Bailey served three years as Law Clerk for the Chief Staff Attorney at the Supreme Court of Virginia, and was granted a Legal Fellowship at Virginia Commonwealth University before joining a local Richmond law firm focusing on... 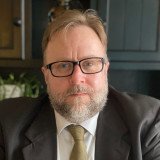 Martin began his career during his third year of law school, where he was granted temporary admission to the West Virginia Bar to practice in the West Virginia College of Law's legal clinic. There, he was committed to serving clients who could not afford an attorney, negotiating and settling consumer matters, landlord/tenant disputes, and more.
Martin continued his service to the community after graduation in 2002 as a staff attorney for Blue Ridge Legal Services, providing legal assistance to low-income residents living...
FirstPreviousNext
Bankruptcy Attorneys in Nearby CitiesBankruptcy Attorneys in Nearby Counties

The Oyez Lawyer Directory contains lawyers who have claimed their profiles and are actively seeking clients. Find more Quantico Bankruptcy Lawyers in the Justia Legal Services and Lawyers Directory which includes profiles of more than one million lawyers licensed to practice in the United States, in addition to profiles of legal aid, pro bono and legal service organizations.