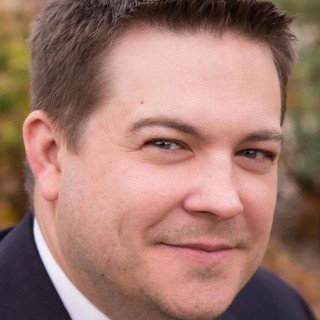 Peter (“Pete”) D. Morowski joined Mackoff Kellogg in July 2017 with seven years of general litigation experience, with a focus on representing plaintiffs and defendants in personal injury lawsuits. Pete graduated with a Bachelors of Arts from the University of Texas in Austin, Texas in 2007, majoring in economics and anthropology. Pete then attended the Gonzaga University School of Law in Spokane, Washington where he obtained his Juris Doctorate in 2010. Upon graduating from Gonzaga, Pete returned to his home state of Texas where he worked at a boutique plaintiff’s personal injury firm in Houston. In 2013 he moved to Dickinson and worked at a law firm focusing on general litigation until he joined Mackoff Kellogg. At Mackoff Kellogg, Pete focuses his practice on litigation and probate work.

When Pete isn’t working he enjoys spending time with his wife and twins. He also enjoys watching his favorite sports teams, including the Texas Longhorns, Chicago Cubs, Chicago Bears, and the Arsenal Football Club.

Q. I have a work comp case in Nd. Will there be a cash settlement after I have recovered from my broken back or maybe not
14 November 2018
A: There are many factors which come into play when answering your question. It is likely that your best chance for a cash recovery would be if you were injured by a third-party who was not an employee of your your employer. I recommend that you consult with an attorney in North Dakota who specializes in personal injury law.

Q. A person I sued after I was injured on their business's property requested we arbitrate instead. Is this a good idea?
12 November 2018
A: There are many benefits to arbitration, most particularly it is typically much faster than a state court lawsuit. That said, if you are unrepresented by counsel I would be weary of agreeing to arbitration. Arbitration is a lot like a trial. I have never heard of an injury matter being arbitrated. In arbitration, the arbitrator or panel of arbitrators will decide your case and you will not have the benefit of a jury. You should also know that in arbitration, unlike a court case, there is typically no appeals process. If you are unrepresented by an attorney, I recommend you consult with/retain one because you will be at a severe disadvantage at both arbitration or trial without one. If you have retained an attorney, you should consult with them about this issue.