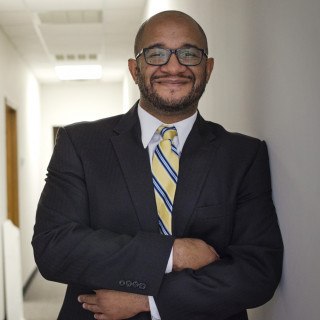 While Patrick’s jury trial experience ranges from personal injury defense to alienation of affections actions, he’s developed a passion for domestic violence, equitable distribution and spousal support cases. For those who know him it makes perfect sense;1) he’s a numbers guy and 2) he was raised to fight for the “little guys.”

Patrick is a founding partner at Batch, Poore, & Williams. His practice areas are focused in family, divorce, domestic violence, criminal/traffic law, and civil litigation. He is also a certified parent coordinator.

Mr. Williams received his Bachelor of Science Degree in Computer Engineering from North Carolina State University. He worked as a System Administrator/Programmer for several years prior to entering law school. His practical experience outside the practice of law provides clients with additional insight and a common sense approach to solving their legal problems.

Mr. Williams received his Juris Doctor from the Norman Adrian Wiggins School of Law at Campbell University in 2005. While attending Campbell, Mr. Williams was a member of the American Trial Lawyers Association trial team for two years, and was a regional semifinalist. He also served as a Notes and Comments Editor for the Campbell Law Review. Mr. Williams assisted in the revision of prominent North Carolina treatises, such as Wiggins Administration of Wills and Estates and Webster’s Real Estate Law in North Carolina. Upon graduation, J. Patrick Williams was inducted into the Order of the Barristers and was recognized by “Who’s Who Among American Law Students.”