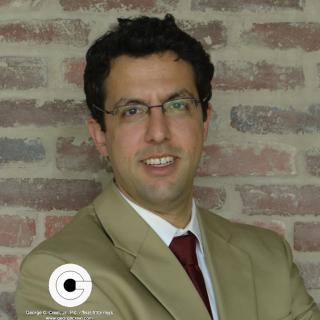 With over 8 years as a prosecutor, Justin knows how to win your case!
Badges
Claimed Lawyer ProfileBlawg SearchSocial Media
Biography

Justin Goodman is a 2006 graduate of the Georgia State University College of Law and a 2001 graduate of Emory University. While in law school, he targeted his professional development on the practice of criminal law through internships with the Georgia Innocence Project and the Federal Defender Program for the Northern District of Georgia. He further developed his legal skills as a vocal advocate for those in need through an internship with Atlanta Legal Aid as well as his participation in the Fulton County Jail Project, for which he was awarded the College of Law's Public Service Award.

Justin next developed his skills as an experienced trial attorney and negotiator through almost nine years as a criminal prosecutor. He began his professional career in 2006 with the Office of the Solicitor General in Clayton County, Georgia, where he handled a wide range of misdemeanor criminal offenses including DUI, traffic, vehicular homicide, and domestic violence. He then spent three years as an Assistant District Attorney in Middlesex County, Massachusetts, where he litigated misdemeanor and felony offenses in one of the nation's most highly esteemed District Attorney's offices. He returned to metro Atlanta and to Clayton County's Office of the Solicitor General as a supervising attorney in 2010. He has handled thousands of criminal matters and tried over 50 cases before a jury, and is comfortable with any situation that might arise during the course of your case.

Justin began working at George C. Creal, Jr., P.C. in April 2015. His practice focuses on the defense of all criminal offenses in Georgia's courts, with an emphasis on DUI and traffic related matters. He uses the experience and legal knowledge he has developed as well as the relationships he has fostered with prosecutors, police, and judges during his career to achieve just results for individuals throughout the state of Georgia.

Use of Electronic Evidence in the Courtroom, Solicitor General's Conference
2011

How the State and the Defense Can Ethically Do a Better Job, ICLE Georgia 2013 DUI Update
2013

George Creal, Jr., P.C., Trial Lawyers is a DUI and Injury law firm representing those charged with DUI or driving under the influence of alcohol or drugs and injured at...