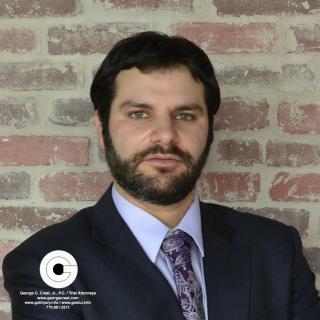 After years of representing indigent clients in matters ranging from traffic crimes to murder as an Assistant Public Defender in Miami, Eric Bernstein has transitioned into private criminal defense in the Metro Atlanta area and well beyond. Trained for years by some of most respected criminal defense attorneys in the business, Mr. Bernstein incorporates his trial skills and negotiation techniques on a daily basis with George Creal Jr., P.C. He has helped clients obtain justice in dozens of counties and municipalities all over the state of Georgia. Mr. Bernstein has also tried cases ranging from murder to DUI. While specializing in DUI defense, Mr. Bernstein also handles major and minor drug offenses, probation, and felony cases. His unparalleled dedication to those whom he represents is demonstrated by the positive reviews and comments received from former clients. An attorney who refuses to be pushed around by judges and prosecutors, Mr. Bernstein will stand up and fight for you in a court of law. Juries love Eric and he countless Not Guilty verdict to his name.

Specialize to Succeed, Georgia Bar, 104 Marietta Street
October 27, 2015
Atlanta Bar Association
Spoke about the ins and out of practicing criminal defense to law school students in and around the Atlanta area.