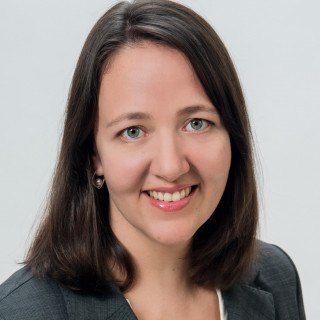 Jessica is dedicated to getting justice for those who've been sexually harassed, discriminated against, have Family and Medical Leave Act issues, or suffered retaliation at work. As a partner at Grimes Teich Anderson, Jessica focuses her practice on employment law, workers' compensation, and personal injury.

She obtained a successful ruling from the North Carolina Supreme Court in an employment lawsuit under the North Carolina Whistleblower Act. She has also litigated a wide variety of other employment law cases, including sexual harassment, Family and Medical Leave Act (FMLA), Retaliatory Employment Discrimination Act (REDA) cases, and wage and hour class and collective actions.

Jessica is currently an at-large member of the Executive Committee of the Buncombe County Bar and the past Chair of the North Carolina Bar Association's Labor and Employment Section. She is an active member of the North Carolina Advocates for Justice for which she has also been the Chair of the Employment Law Section and a speaker at Continuing Legal Education seminars at conventions hosted by the NCAJ. Jessica has served as the President of the WNC Chapter of the NC Association of Women Attorneys and on the Board of Directors of the NC Association of Women Attorneys.

Professionalism for New Admittees - Panelist, Asheville, NC
28th Judicial District Bar
The 2-day event provided information to new members of the Bar on a range of topics including Organization of a Law Office, Ethics, Attorney/Client relationships and Technology. Jessica and other members of the panel discussed attorney professionalism and the benefit of mentors.

Have You Been Discriminated Against At Work?

Have You Been Discriminated Against At Work?

Are You Being Harassed At Work?

Are You Being Harassed At Work?