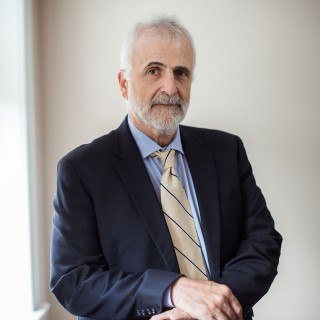 Joe Ferikes began his practice in 1974 in Atlanta, Georgia, representing such entities as the County of Dekalb. In 1983, Joe and his wife moved back to their hometown of Asheville to continue his law practice and raise their family. He has been a private practice trial lawyer since 1981, and was a solo practitioner until forming Ferikes & Bleynat in 2001.

Joe’s representative clients include the Towns of Woodfin and Fletcher, North Carolina, as well as the ABC Boards for Fletcher, Woodfin and Black Mountain. Joe has been actively involved in the Greek community and has coached youth sports for more than 15 years.

Joe’s paralegal, Gigi Teague, has been with Joe since 1984. She began her career in the legal field in 1979. She assists firm attorneys in all matters of civil litigation, contractual transactions, real estate and personal injury.