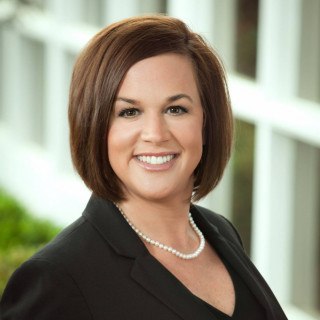 Jennifer R. Piper practices in all areas of family law. She received her law degree from Saint Louis University School of Law and graduated from University of Missouri-Columbia with a B.A. in political science.

Ms. Piper served as a member of the 2010 and 2011 inaugural class of Barristers in The Theodore McMillian American Inn of Court. As a member and Past President of The St. Louis County Bar Association, Ms. Piper is still actively involved in the organization and helps organize Continuing Legal Education Seminars and events. Ms. Piper was appointed and served on a special committee of the Missouri Bar Association dealing with issues involving juvenile cases and immigration. Ms. Piper was appointed by St. Louis County Circuit Court Judge Burton to serve on a special committee to improve the Family Court of St. Louis County that developed and implemented new local rules and procedures. Ms. Piper served on the Board of Directors for Caring for Kids, an organization developed and designed to provide essential resources to meet the urgent needs of children in foster care in St. Louis County.

Up and Coming Lawyer for Missouri
Missouri Lawyers Weekly
2009

How to Change Your Name after Divorce
January 1, 2020

Q. Is it possible to file for divorce without a lawyer without a big hassle?
January 20, 2020
A: You have the right to represent yourself in court both as the Petitioner or Respondent. Some courts make the processes easier than others, provide forms and may even had a special docket if individuals do not wish to hire attorneys for divorce or custody issues. You would need to check with your jurisdiction to see what options they may have. While you certainly have the right to do it yourself, I do caution that unless things are done correctly, a couple could end up divorced, but property either not actually divided or debt not apportioned correctly. I always recommend having an attorney at least look over it. You could also consider mediation which is a get option and you could have a lawyer prepare the settlement documents for both of you.