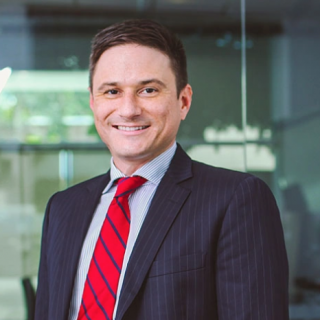 I Handle Each Case Personally from Beginning to End

I am veteran and I been representing my fellow veterans and their family members before the Veterans Administration since 2012. I started After Service LLC so veterans would have access to representation by a fellow veteran.

I exclusively handle VA disability compensation, pension, and survivor benefit appeals at all levels of the VA including at Regional Offices nationwide, the Board of Veterans’ Appeals (BVA), and the Court of Appeals for Veterans Claims (CAVC).

In 2002, I enlisted in the United States Air Force. I served as an instructor loadmaster on the C-17 cargo aircraft, attaining the rank of Staff Sergeant before being honorably discharged in 2008. I served in Operations Enduring Freedom and Iraqi Freedom, accumulating over 2200 flying hours, including 828 combat flying hours.

I completed my bachelors degree at the University of Phoenix while I was serving in the Air Force. After my Air Force enlistment ended, I went to the University of Connecticut School of Law and obtained my J.D. where I graduated in the top quarter of my class. Although I'm originally from Connecticut, I now live in Colorado with my wife, daughter, and son.

Listen as my client, Paul Marcil, details his story about a denial from the VA for a disability compensation claim, and how I helped him recover the benefits he earned.

Q. I feel like I was wrongly denied the $100,000 Lang disability benefit, do I have any recourse legally
27 September 2021
A: I recommend contacting a lawyer that handles VA disability appeals. I assume you are seeking an earlier effective date for your 100% P&T disability, but it is unclear from your question.