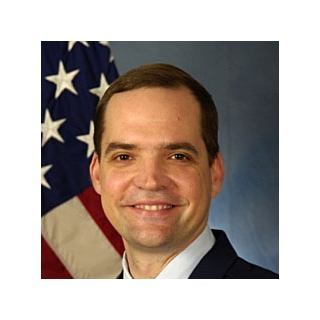 I offer over a decade of trial law experience to serve the men and women of Colorado and the United States military. Upon my graduation from law school with honors in 2001, I spent over five years as an attorney at the Kane County State's Attorney's Office where I handled thousands of criminal cases. In 2006, I joined the Air Force JAG Corps. I received high marks as a prosecuting attorney. The Judge Advocate General of the Air Force then chose me to become a military defense attorney. Despite glowing reviews and a promotion to Major, I decided to leave active-duty to become a civilian defense lawyer. I now serve those serving America as a criminal defense lawyer, military attorney, and family law advocate.

Court of Appeals for the Armed Forces
Since 2007

Attorney & Founder
James Defense
2013 - Current
I am the attorney and founder for James Defense. I have handled thousands of criminal cases and was the lead attorney on hundreds of court cases and courts-martial. I have been trained by attorneys who are considered legends in their field. I have been involved in the full range of criminal trial experience, from investigating murder to trying sexual assault cases. My goal is to give you the same excellent defense services I would want if my own son or daughter were facing legal action. You and your family deserve the best defense possible in your case. I believe that the law is an honorable profession dedicated to helping others.

Q. Ive signed my dd214, cleared post & unit.. can the army legally call me back to sign an ncoer?
August 2, 2013
A: Typically, if you've out-processed, passed your date of separation, and did your final accounting of pay with finance, then no. They should just put "refused to sign" or "unavailable to sign". This answer does not create an attorney-client relationship or provide legal advice.