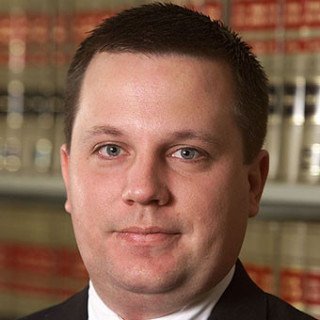 Miles Brissette is a board certified criminal trial attorney based in Fort Worth, Texas. He became a principal in the Law Offices of Gill & Brissette in 2015, after nearly two decades in the Tarrant County, Texas Criminal District Attorney’s Office.

Miles has investigated and litigated offenses ranging from simple thefts and DWIs to death penalty cases. He was a prosecutor in the high profile case against Chante Mallard, a Fort Worth woman convicted in 2003 of striking a man with her car, driving home with him lodged in her windshield and leaving him to die. More recently, Miles was chosen as one of a multi-jurisdictional team of special prosecutors in the 2014 death penalty case against former Kaufman County Justice of the Peace Eric Williams for the assassinations of Kaufman County Criminal District Attorney Mike McLelland, McLelland’s wife and his First Assistant Mark Hasse.

As Chief Prosecutor of the Tarrant County Forensic and Technical Services Unit, Miles oversaw investigation and prosecution of arson and explosives cases, as well as the office’s Regional Forensic Video Lab and the Electronic Case Management System, which was the backbone for the criminal justice system in Tarrant County. Fire dynamics became a passion for Miles as a prosecutor. His understanding of fire science earned him an international reputation for successfully pursuing complex arson cases during a period of time where many questioned the field of fire science. In 2012, A Texas Advisory Council on Arson (ATAC) named him the Texas Arson Prosecutor of the Year. Miles currently serves on the board of directors for ATAC. He is the Second Vice President for the Texas Chapter of the International Association of Arson Investigators.

Arson Prosecutor of the Year
A Texas Advisory Council on Arson (ATAC)
2012
Tarrant County Assistant Criminal District Attorney Miles Brissette received ATAC’s Arson Prosecution Award. Brissette has handled all of Tarrant County’s arson cases since 2002. In 2009, Brissette prosecuted an arson/murder trial which occurred in Kennedale. The jury found John Hummel guilty in the death of his wife, daughter and father-in-law. Hummel was convicted of capital murder and sentenced to death.

Board Certified Criminal Law Specialist
National Board of Trial Advocacy
2020

Board Certified Criminal Law
Texas Board of Legal Specialization
2018