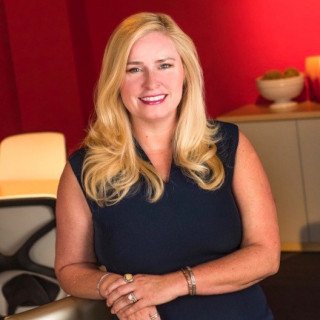 AV-rated attorney Deandra Grant is a Partner at Hamilton Grant PC. A graduate of Trinity University in San Antonio and SMU Dedman School of Law, she is a national speaker on DWI law and science and the co-author of the annually updated book, The Texas DWI Manual (James Publishing). Deandra is a Standardized Field Sobriety Testing Instructor and has completed the Drug Recognition Overview course. She has completed coursework in DWI forensic blood and urine testing and was trained as an operator and maintenance technician of the Intoxilyzer 5000. Deandra has certificates in Forensic Chromatography: Theory & Practice (2011 & 2015), Forensic Analysis of Solid Drugs (2014) and Forensic Principles of DUID (2015) issued by Axion Labs and the American Chemical Society. In 2015, Deandra earned the distinction of being named an ACS-CHAL Forensic Lawyer-Scientist. She is a member of the Texas Criminal Defense Lawyers Association (Board Member 2011-2016), the Dallas Bar Association, the Collin County Criminal Defense Lawyers Association and the Dallas Criminal Defense Lawyers Association (Board Member since 2007). Deandra is a Charter Member and President-Emeritus of the DUI Defense Lawyers Association. She is also a member of the American Chemical Society and the American Academy of Forensic Sciences. D Magazine has named Deandra to its list of Best Women Lawyers and Best Lawyers in Dallas. She’s been named a “Texas Super Lawyer” and one of Texas’ Top Rated Lawyers. Best Lawyers in Dallas named her one of the Top 10 DWI Lawyers in Dallas. Deandra completed a Graduate Certificate in Forensic Toxicology from the University of Florida’s College of Veterinary Medicine and a Masters Degree in Pharmaceutical Science - Concentration in Forensic Science from the University of Florida’s College of Pharmacy in 2016. In 2019 Deandra joined the faculty at Axion Analytical Labs as an Assistant Chromatography Instructor for the American Chemical Society.

American Association for the Advancement of Science
Member
Current

Breath Testing on the Intoxilyzer 5000 by Deandra Grant

Attorney Deandra Grant discusses the Top 3 things you need to do after your Texas DWI arrest.

Attorney Deandra Grant discusses the circumstances in which you may be required to install an ignition interlock device on your car following a DWI arrest.

Q. A family member of mine was recently released on bond in the Dallas area on a domestic dispute with a assault charge,
11 November 2020
A: Need to hire a criminal defense attorney ASAP. Call our office in Dallas to schedule an appointment. 972 943 8500

Q. I haven't been to court. I haven't ever been charged or arrested for this dwi. I never had an attorney.
10 June 2020
A: I'm not sure what your question is?