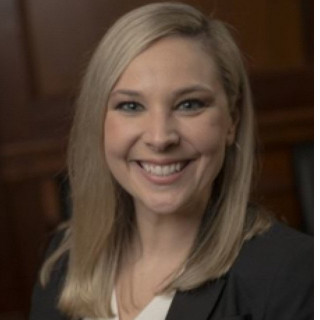 Chelsea Knox
Associate Attorney
Chelsea Knox was hired as an associate attorney by Rice Caperton Rice PLLC after graduating with honors from the University of Memphis Cecil C. Humphreys School of Law in May 2017. Per her high academic and professional achievement, Chelsea was the recipient of the Herbert Herff Presidential Scholarship. Prior to her legal education, Mrs. Knox graduated from Centre College in 2012.

In 2018 Ms. Knox was named one of Memphis Magazine’s Women to Watch.