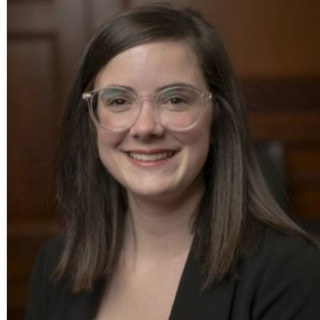 Linsey C. Boatner is an associate attorney at Rice Caperton Rice PLLC practicing in MS and TN. She graduated from the University of Memphis Cecil C. Humphreys School of Law in May 2019.
Ms. Boatner attended Mississippi University for Women. She graduated in 2014 with honors, earning a B.S. in Legal Studies with a Minor in Psychology. She was on the Dean’s list from 2010-2014; a member of the Lantern Honor Society and Aristos Honor Society; the proud recipient of the Reneau Scholarship, Hearin Recovery Scholarship, and an Academic Competitiveness Grant; and was awarded the College and Business and Professional Studies Junior and Senior Scholar Awards.
Ms. Boatner was very involved in extracurriculars, including being a founding member of Mississippi University for Women's Mock Trial Team. She was a member of Phi Beta Lambda where she competed in a statewide leadership conference, placing first in Justice Administration and second in Business Law. She served as President of the Jester Honorary Social Club from 2011-2012 and as Vice President of Bench & Gavel, a legal studies club, from 2013-2014.
Ms. Boatner was a member of The Association for Women Attorneys, a 2L Bar Governor for the Student Bar Association, a member of the Federalist Society, and a member of Phi Alpha Delta Law Fraternity, McKeller Chapter serving as the 1L Class Representative from 2016-2017 and Treasurer from 2017-2019. Linsey served on the Executive Board of Phi Alpha Delta, McKeller Chapter as well as the Student Bar Association’s Constitution and Bylaws Committee, Golf Tournament Committee, and Auction Committee. Ms. Boatner volunteered for the Association for Women Attorneys Power is Female: Inclusion, Equity, and Representation Symposium and Phi Alpha Delta’s Annual “Canned Immunity” Food Drive. She served as a Student Mediator as part of the law school’s Mediation Clinic.
Ms. Boatner was honored as a 2019 Law Student for Justice by the Tennessee Supreme Court for her pro bono service.

Tennessee
Board of Professional Responsibility of the Supreme Court of Tennessee
ID Number: 37720

Junior and Senior Award
College of Business and Professional Studies