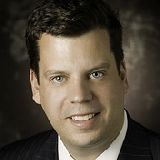 Workers' Comp, Medical Malpractice and Personal Injury
Show Preview
View Website View Lawyer Profile Email Lawyer
Attorney Christopher P. Welsh has worked on both sides of the law as a defense attorney representing insurance companies and a personal injury lawyer for private practices. His only focus now is to help personal injury clients get the financial compensation and peace of mind they deserve. He understands the opposition we face and knows how to win a lawsuit against major corporations and insurance agencies.

The Oyez Lawyer Directory contains lawyers who have claimed their profiles and are actively seeking clients. Find more La Vista Workers' Compensation Lawyers in the Justia Legal Services and Lawyers Directory which includes profiles of more than one million lawyers licensed to practice in the United States, in addition to profiles of legal aid, pro bono and legal service organizations.