We tackle the issues spanning every stage of a construction project – from contract creation to insurance coverage, bid disputes to claims for additional payment, change orders to costly delays.

How you address these issues can impact your business, your reputation, and your bottom line. Our approach is to seek realistic results; often... 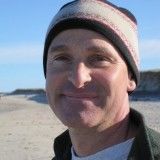 Free ConsultationNorth Carolina Central University School of Law
Show Preview
View Website View Lawyer Profile
I graduated from Hobart College, and the North Carolina Central School of Law, where I was on law review. I’ve lived in Vermont since 1995, and have practiced law most of my time here, except for when I’m sugarin’, coachin’, riding my bicycle, or trying to keep my old house from falling down.

Claimed Lawyer ProfileSocial Media
Patrick L. Biggam
Montpelier, VT Lawyer with 42 years of experience
(802) 375-7603 453 Stone Cutters Way
Montpelier, VT 05602
Free ConsultationPersonal Injury and Workers' Comp
Vermont Law School
Show Preview
View Website View Lawyer Profile Email Lawyer
I have been practicing law in Vermont since 1979 and am a founding partner of the firm. I take great satisfaction in fighting for injured workers or accident victims who are being treated unfairly by insurance companies. Before starting my legal career, I worked in many different job settings. I was a schoolteacher, hospital aide, factory worker, construction laborer, and farm hand. I understand the difficulties that face workers in these different job sites, and the problems that arise when you are injured. One important legal issue I helped clarify was the right to vocational rehabilitation for injured...

Claimed Lawyer ProfileSocial Media
Kelly Elizabeth Massicotte
Montpelier, VT Lawyer with 12 years of experience
(802) 375-7603 453 Stone Cutters Way
Montpelier, VT 05602
Free ConsultationPersonal Injury and Workers' Comp
Vermont Law School
Show Preview
View Website View Lawyer Profile Email Lawyer
I became an attorney so I could help ordinary people fight for the things they are entitled to. Before becoming an attorney, I worked in the construction industry, where I saw firsthand how hardworking people do not always get a fair shake. At Biggam Fox Skinner LLP, I focus on helping people win workers’ compensation and personal injury claims. I work closely with my clients and our paralegals to present the strongest case possible. I am very detail-oriented and learn the specifics of each case by really listening to my clients and what they need. Although the legal process...

Claimed Lawyer ProfileSocial Media
William Brownlow Towle
South Burlington, VT Lawyer with 28 years of experience
(802) 863-0307 3069 Williston Rd
Ward Law, VT
South Burlington, VT 05403
Business, Employment and Personal Injury
University of New Mexico
Show Preview
View Website View Lawyer Profile Email Lawyer
A native of Dummerston, Vermont, Will is a graduate of Yale University (history) and received his law degree in 1992 from the University of New Mexico School of Law. He began his law career as a litigator, as one of only two associates working with the nationally recognized trial lawyer, Randi McGinn, in Albuquerque, NM. His trial lawyer practice focused on wrongful death, catastrophic injury, employment discrimination and insurance bad faith litigation. For eight additional years, Will operated his own firm and expanded his specialties to include business transactions, business formation, commercial litigation, and providing lawsuit defense services for his... 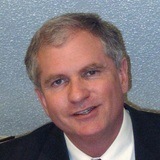 Claimed Lawyer ProfileQ&ASocial Media
Mr. Michael John Gannon
Essex Junction, VT Lawyer with 37 years of experience
(802) 878-2797 15 Brickyard Road
Essex Junction, VT 05452
Free ConsultationInsurance Claims, Medical Malpractice and Personal Injury
Indiana University Robert H. McKinney School of Law
Show Preview
View Website View Lawyer Profile Email Lawyer
The Affolter Gannon law firm is uniquely suited to fight for the rights of victims injured in accidents because Mike Gannon and Dick Affolter used to be among Vermont's premiere insurance defense lawyers. The AG team were the attorneys insurance companies called when claims were asserted against them. In fact, Mike and Dick received awards from insurance companies and were asked to instruct their adjusters how to handle legal issues. A little more than ten years ago, AG made the decision to "switch teams" and to represent injured claimants who are being treated unfairly by insurance companies. We... 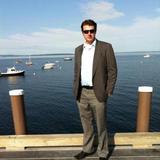 Claimed Lawyer ProfileSocial Media
Heidi S. Groff Esq.
Montpelier, VT Lawyer with 20 years of experience
(802) 375-7603 453 Stone Cutters Way
Montpelier, VT 05602
Free ConsultationPersonal Injury and Workers' Comp
Vermont Law School
Show Preview
View Website View Lawyer Profile Email Lawyer
I have been with the firm for almost 20 years, and I am a partner. I specialize in helping people with their workers’ compensation and personal injury claims because it is personally rewarding for me when I am able to help an injured person get the benefits that they deserve, and I am able to hold an insurance company accountable. Having an injury can be very difficult and I know that insurance companies often do not treat people fairly. My clients like me because I am passionate about their claims and don’t give up! It is obvious that I enjoy...

Claimed Lawyer ProfileSocial Media
Ronald Fox
Montpelier, VT Attorney with 48 years of experience
(802) 375-7603 453 Stone Cutters Way
Montpelier, VT 05602
Free ConsultationPersonal Injury and Workers' Comp
Suffolk University Law School
Show Preview
View Website View Lawyer Profile Email Lawyer
I have been practicing law for more than 40 years, and I am a founding partner in the firm. I have chosen to specialize in helping people with personal injuries because I care. I represent injured workers in their workers’ compensation claims and people who have been injured due to the negligence of others. One case that was particularly meaningful for me was when I represented a man who had been a laborer all of his life. He was essentially at the end of his career and he fell and injured his back. He had no high school diploma... 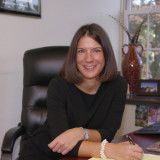 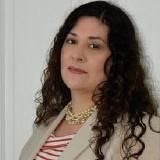 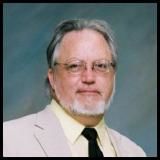 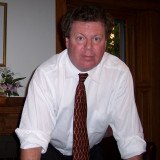 Claimed Lawyer ProfileSocial Media
David Lynch
Williston, VT Attorney with 30 years of experience
(802) 658-6415 28 Day Lane, Ste. 20
PO Box 340
Williston, VT 05495
Free ConsultationBankruptcy, Personal Injury and Workers' Comp
Vermont Law School
Show Preview
View Website View Lawyer Profile Email Lawyer
David is a graduate of the University of Vermont and Vermont Law School, where he was awarded a Juris Doctorate, cum laude. He is licensed in Vermont since 1991 and has extensive experience in a variety of legal matters.
His practice presently focuses on claims for bodily injury and representing debtors in bankruptcy. He has extensive courtroom experience in the State Superior Courts as well as Federal Bankruptcy Court. 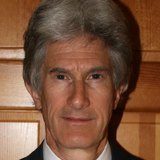 Free ConsultationPersonal Injury
Show Preview
View Website View Lawyer Profile Email Lawyer
Vermont Attorney Representing Businesses and Individuals Throughout Vermont. Our firm is comprised of attorney David Polow. I provide competitive legal advocacy to our clients. This is our fourth decade representing individuals in auto collision cases, personal injury cases and insurance disputes throughout Vermont and, beginning in 2010, Colorado. Attorneys from our firm have developed the knowledge, experience and strategy to effectively represent injured people. We know that often, the best way to settle a case is to impress upon the other side our willingness to go to trial. We are determined to represent you in a...

Claimed Lawyer ProfileBlawg SearchSocial Media
Ember S. Tilton
Montpelier, VT Attorney with 7 years of experience
8 Court Street
Montpelier, VT 05602
Free ConsultationDUI & DWI and Employment
Vermont Law School
Show Preview
View Website View Lawyer Profile Email Lawyer
Since graduating from Vermont Law School in 2012, I have tried many cases before juries and have won a great majority of those trials. Even more often, I convinced the trial court to dismiss cases without the need for a trial. Whether charged with a crime, injured in an accident, looking to start a business, or buying a home, you need a lawyer you can count on. With me as your attorney, you can be certain you have an effective courtroom lawyer on your side, ready to fight for you. 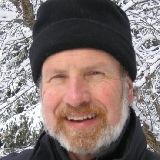 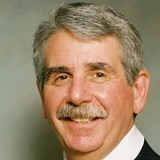 Claimed Lawyer ProfileSocial Media
Daniel Maguire
Essex Junction, VT Attorney with 32 years of experience
(802) 288-9000 11 Main Street
Essex Junction, VT 05452
Free ConsultationConsumer, Criminal Defense, DUI & DWI and Divorce
Vermont Law School
Show Preview
View Website View Lawyer Profile Email Lawyer
The founder of Maguire Law Associates, Dan Maguire has practiced in Vermont for over 20 years. His repertoire of experiences spans superior, district and federal court. Admitted in Vermont and Rhode Island, Dan serves as the Chair of the Criminal Law Section for the Vermont Bar Association (VBA), sits as a VBA representative to the New England Bar Association and serves on the Board of Bar Managers for the VBA. His civil trial experience includes several years as an Assistant Attorney General with the state of Vermont. He has been an adjunct faculty member of Woodbury College and...

I work on both employment-based and family immigration matters. I have successfully assisted clients with H, L, and O temporary visas, and permanent residence matters including Extraordinary Ability, Outstanding Researcher, Multinational Executive/Manager, and PERM labor certification cases. I have also worked with employers on I-9 and H-1B compliance issues. I have proudly worked with all types of businesses, from small start-ups to large, multinational corporations, and...

Employment, Personal Injury and Workers' Comp
Show Preview
View Website View Lawyer Profile Email Lawyer
Roger E. Kohn was born in New Jersey, and moved to Vermont in 1971. Roger was graduated from the University of Pennsylvania in 1967, with a major in physics. He obtained his law degree magna cum laude (with high honors) from the University of Pennsylvania Law School in 1971, where he was a Comment Editor of the Law Review and a member of the Order of the Coif. He received the Henry C. Loughlin prize for legal ethics. Roger served as a law clerk to the Honorable Bernard J. Leddy, Chief U.S. District Judge, and worked at Vermont Legal Aid before... 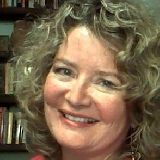 Why? We want to make our living doing work that is worthwhile. Early in my career, I represented all sides in many kinds of disputes. But I simply didn’t find it satisfying to represent insurance companies and big businesses. It is true that businesses must pay attention to the bottom line. But many companies don’t seem to care about anything else....

• The death of a seventy-year-old woman due to... 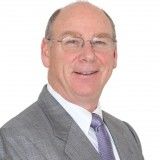 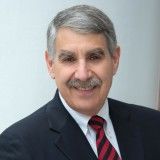 Free ConsultationEstate Planning
Georgetown University Law Center
Show Preview
View Website View Lawyer Profile Email Lawyer
Glenn Jarrett is a founder of Jarrett & Luitjens, PLC, located in South Burlington, Vermont. The firm limits its practice to estate planning, elder law, special needs, guardianship and Medicaid planning, as well as probate and trust administration. Glenn is admitted to practice in Vermont. He is a member of the Chittenden County and Vermont Bar Associations. He p presents continuing education seminars on a variety of subjects for attorneys and financial professionals. Organizations he has presented for include the New England Regional ACTEC meeting, the Alzheimer's Association of Vermont, the Asperger's Association... 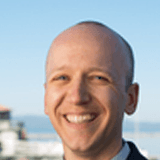 The Oyez Lawyer Directory contains lawyers who have claimed their profiles and are actively seeking clients. Find more Waterbury Lawyers in the Justia Legal Services and Lawyers Directory which includes profiles of more than one million lawyers licensed to practice in the United States, in addition to profiles of legal aid, pro bono and legal service organizations.