Claimed Lawyer ProfileQ&AResponsive Law
Mark Hurt
Sullivan County, TN Attorney with 32 years of experience
(423) 573-2417 100 5th St
Ste 1 West-C
Bristol, TN 37620
Free ConsultationMedical Malpractice, Personal Injury, Social Security Disability and Workers' Comp
Duke University School of Law
Show Preview
View Website View Lawyer Profile Email Lawyer
I am a native Bristolian who obtained my undergraduate degree from University of Virginia in 1981. I obtained my law degree from Duke University, graduating in the top ten percent of my class. Prior to returning to the Tri-Cities, I practiced with large litigation law firms in Dallas, Texas and Washington, D.C. I have extensive litigation experience, including trying cases in front of a jury, and arguing appeals, in Virginia, Tennessee and federal courts. I have argued twice before the nine justices of the United States Supreme Court. I have also successfully reached settlements for my... 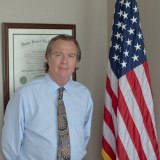 Claimed Lawyer ProfileQ&ASocial Media
Larry V. Roberts
Sullivan County, TN Lawyer with 30 years of experience
(800) 371-7171 1001 N Eastman Rd
#3764
Kingsport, TN 37664
Free ConsultationMedical Malpractice, Nursing Home and Personal Injury
Stetson University College of Law
Show Preview
View Website View Lawyer Profile Email Lawyer
Larry V. Roberts represents the injured and grieving. He is an experienced trial attorney actively and aggressively representing people who have been seriously injured and families who have lost loved ones. If you are seriously injured or lose a loved one, Larry V. Roberts will take the time to talk with you and your family to truly understand how a serious injury or death of a loved is effecting you and your family. Larry V. Roberts is committed to helping his clients obtain the compensation they deserve. The National Association of Distinguished Counsel has named Larry in the Nation’s Top...

Claimed Lawyer ProfileSocial Media
Jesse James Campbell
Sullivan County, TN Attorney with 4 years of experience
(423) 405-6380 1905 Brookside Drive
Kingsport, TN 37660
Free ConsultationBankruptcy, Medical Malpractice, Personal Injury and Products Liability
Appalachian School of Law
Show Preview
View Website View Lawyer Profile Email Lawyer
Jesse Campbell is a lifelong native of Northeast Tennessee. After graduating from High School, Jesse attended East Tennessee State University before enlisting in the United States Army shortly after 9/11. After nearly a decade of service that took him around the world, including deployments to Iraq, Bosnia, and the Horn of Africa, Jesse left the Army and took advantage of the G.I. Bill to complete a Bachelor’s degree in Business Administration at Tusculum College, followed by a law degree at the Appalachian School of Law where he graduated with honors.

Free ConsultationBankruptcy, Criminal Defense, DUI & DWI and Divorce
Louis D. Brandeis School of Law, University of Louisville
Show Preview
View Website View Lawyer Profile Email Lawyer
Robert Payne Cave, Sr. was born in Kingsport, Tennessee in 1943. He received his license to practice law in the State Courts of Tennessee and the Federal Court of the Eastern District of Tennessee in 1974. Mr. Cave earned a B.S. in Chemistry from the University of Kentucky in 1967, his J.D. from the University of Louisville in 1973, and his M.Div. from Louisville Presbyterian Seminary in 1974. He is the founding member and the Senior Partner of The Cave Law Firm, PLLC. In his 34 years of legal experience, Mr. Cave has personally worked on over 10,000 cases. In...

Claimed Lawyer Profile
Josh Hoeppner
Sullivan County, TN Lawyer with 11 years of experience
(423) 247-6151 201 West Sullivan Street
Kingsport, TN 37660
Criminal Defense, DUI & DWI, Personal Injury and Traffic Tickets
University of Tennessee - Knoxville
Show Preview
View Website View Lawyer Profile Email Lawyer
Josh Hoeppner is a proud graduate from the College of Law at the University of Tennessee, Knoxville. Prior to that, he completed his Bachelors degree at Tennessee Tech University in Cookeville, Tennessee. Josh currently resides in Kingsport with his family, and he is happy to call the Tri-Cities home.

Claimed Lawyer Profile
Samuel G. Hall
Sullivan County, TN Attorney with 2 years of experience
(423) 247-6161 119 W. Market St.
Kingsport, TN 37660
Construction, Criminal Defense, Divorce and Family
Show Preview
View Lawyer Profile Email Lawyer
Samuel Hall was born in Knoxville, Tennessee and grew up as a child in both Morristown, TN and Bybee, TN. Samuel graduated from Jefferson County High School in 2009, and then graduated Walters State Community College in 2011 with his Associates of Applied Science in Nursing. He then began working at Covenant Health in 2012 as a Registered Nurse. He worked as a Registered Nurse with Covenant and also with Ballad Health, at Indian Path Medical Center. He received his Bachelors of Science in Nursing at South University in Savannah, Georgia, in 2015.

Free ConsultationAsbestos, Military, Nursing Home and Personal Injury
University of Tennessee - Knoxville
Show Preview
View Website View Lawyer Profile Email Lawyer
Olen Haynes, Jr. is a compassionate and caring personal injury attorney serving clients in Johnson City and the surrounding areas. Prior to advocating for injury victims, Mr. Haynes practiced law in the United States Navy ‘JAG’ Corps, where he was able to refine his legal skills. This prosecutorial experience has proven invaluable when Mr. Haynes heads into trial on behalf of his injury clients. In addition to his nearly 20 years of experience, he has been recognized in the Mid-South Super Lawyers® Rising Stars? list, as well as nominated for the American Bar Association Outstanding Young Military Lawyer of the... 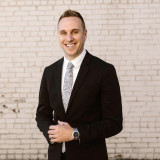 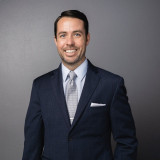 Claimed Lawyer ProfileSocial Media
James Robert Miller II
Washington County, TN Attorney with 32 years of experience
(423) 926-2714 200 East Main St
Suite 102
Johnson City, TN 37604
Divorce, Medical Malpractice, Personal Injury and Probate
University of Tennessee - Knoxville
Show Preview
View Website View Lawyer Profile Email Lawyer
We are a full service law firm dedicated to helping people with serious legal matters. Your concerns are very important to us and our goal is to provide you with the highest quality legal representation for whatever situation you may have. Since graduating from the University of Tennessee School of Law, with Honors, in 1989, I have worked as a Judicial Law Clerk in the Tennessee Court of Appeals and practiced law in Nashville and Knoxville before moving to Johnson City in 1993. In 1998, I founded this law firm in downtown historic...

Claimed Lawyer Profile
Evan (Mac) Meade
Washington County, TN Lawyer with 16 years of experience
(423) 926-7112 215 N Boone Street
Johnson City, TN 37604
Free ConsultationCriminal Defense, DUI & DWI, Medical Malpractice and Personal Injury
University of Tennessee College of Law
Show Preview
View Website View Lawyer Profile Email Lawyer
Attorney Evan ‘Mac’ Meade was born and raised in Johnson City. He attended The University of Tennessee College of Law, where he graduated Cum Laude in 2005. After gaining experience as a public defender, he went on to join the firm his father built, now called Meade Law Group. Attorney Meade has many awards to his name, including a 10.0 Superb Avvo rating and a Clients’ Choice Award from Avvo in 2016. As a dedicated and highly skilled attorney, Meade is committed to providing his clients with the uncompromising, decisive, and aggressive representation they deserve. To learn more about this...

Claimed Lawyer Profile
Amber Floyd Lee
Washington County, TN Lawyer with 13 years of experience
(423) 631-0326 605 E. Unaka Avenue
Johnson City, TN 37604
Appeals, Arbitration & Mediation, Divorce and Domestic Violence
Show Preview
View Website View Lawyer Profile Email Lawyer
Amber Floyd Lee is a Rule 31 Listed Supreme Court Mediator and graduate of the National Institute for Trial Advocacy. Lee is specially trained in domestic violence legal issues by the U.S. Department of Justice, Office on Violence Against Women. Ms. Lee served as the Chairwoman of the Johnson City Housing and Community Development Board. She served as the president of the Washington County Bar Association and is active in the local community. A native of Bowling Green, Kentucky, she studied Journalism at Webster University in Saint Louis, Missouri before receiving her J.D. from the Appalachian School of Law in... 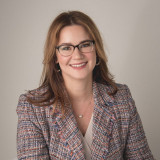 Claimed Lawyer ProfileSocial Media
Mark Albert Skelton
Hawkins County, TN Attorney with 38 years of experience
(423) 272-4812 121 South Depot Street
Rogersville, TN 37857
Free ConsultationBankruptcy, Estate Planning, Probate and Social Security Disability
University of Tennessee College of Law
Show Preview
View Website View Lawyer Profile Email Lawyer
Since 1983, the Law Office of Mark A. Skelton has distinguished itself as a law firm serving consumer bankruptcy (chapter 7 and 13) and social security disability clients in East Tennessee. The law office also handles adoption/divorce/family law and estate planning/probate cases. Our regular office hours are Monday through Friday from 8:00am until 5:00pm. Mark Albert Skelton is a graduate of the University of Tennessee College of Law. Mark Skelton's daughter, Amy Kathleen Skelton, also graduated from the University of Tennessee College of Law and joined the law office upon her graduation and admission to the practice of law in... 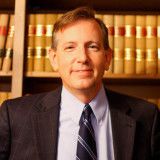 David is licensed to practice in all courts in the State of Tennessee as well as the United States District Court for the... 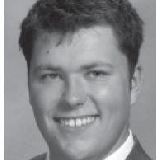 My Story
I have been upset with how other lawyers deal with the sensitive issue of...
Next
Attorneys in Nearby Cities

The Oyez Lawyer Directory contains lawyers who have claimed their profiles and are actively seeking clients. Find more Sullivan County Lawyers in the Justia Legal Services and Lawyers Directory which includes profiles of more than one million lawyers licensed to practice in the United States, in addition to profiles of legal aid, pro bono and legal service organizations.