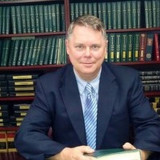 Claimed Lawyer ProfileSocial Media
Scott Eugene Scioli
Villanova, PA Patents Attorney with 22 years of experience
(920) 474-6622 795 E. Lancaster Avenue
Suite 200
Villanova, PA 19085
Free ConsultationPatents, IP and Trademarks
Rutgers School of Law-Camden
Show Preview
View Website View Lawyer Profile Email Lawyer
I am passionate about working with clients who are excited about their intellectual property and who value their IP attorney as an integral part of their team. When you hire me, you will find that I am intelligent, candid, and creative in my approaches. I listen to what you need, and work hard to help you get the results you want. I work very well with small to mid-size clients who do not typically have full-time in house intellectual property counsel, but need high quality intellectual property advice. I can help you stay out of trouble, and maximize your...

Claimed Lawyer ProfileSocial Media
Hilary J. Sumner
Lebanon, PA Patents Lawyer with 13 years of experience
(717) 202-5528 336 Cumberland Street
Lebanon, PA 17042
Free ConsultationPatents, Business, IP and Trademarks
University of Connecticut School of Law
Show Preview
View Website View Lawyer Profile Email Lawyer
Intellectual property and regulatory compliance have been central to my career, both as an engineer and an attorney. I am passionate about protecting the ideas, concepts and inventions of others and I am always looking to bring my skills, education and experience to unique situations. 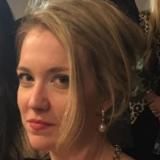 Patents, Energy, IP and Trademarks
Case Western Reserve University School of Law
Show Preview
View Website View Lawyer Profile Email Lawyer
I am counsel at the Buchanan Ingersoll & Rooney PC, where I focus my practice in the energy, intellectual property, and complex civil litigation areas. In particular, I have represented plaintiffs and defendants in dozens of lawsuits throughout the country. I also have experience representing clients at trial, having successfully represented plaintiffs in a case with in a multi-million dollar jury verdict, and on appeal, having successfully argued before the Federal Circuit. I am licensed to practice in the states of Pennsylvania and Illinois, as well as being a registered patent attorney before the US Patent and Trademark...

Claimed Lawyer ProfileSocial Media
James Michael Smedley
Philadelphia, PA Patents Lawyer with 14 years of experience
(215) 315-3582 1900 Market Street
8th Floor
Philadelphia, PA 19103
Free ConsultationPatents, Business, IP and Trademarks
Boston University School of Law
Show Preview
View Website View Lawyer Profile Email Lawyer
I am the Chairman of the Intellectual Property and Technology Law Group at Ellenoff Grossman & Schole LLP. I have a wealth of industry experience in the computer software and hardware fields to bolster the legal experience I have developed over the years. Our firm has helped hundreds of clients in both corporate transactional and intellectual property matters.

Patents and IP
University of Kentucky College of Law
Show Preview
View Website View Lawyer Profile Email Lawyer
I have practiced law for thirty years. I specialize in business and patent law, particularly patent prosecution and helping clients protect their inventions. I am a patent attorney licensed to practice before the United States Patent and Trademark Office and hold a degree in mechanical engineering. I am a partner in the law firm of Lipton, Weinberger & Husick, a specialty intellectual property law firm based in Southeastern Pennsylvania. I also am an environmental attorney licensed in Pennsylvania and Kentucky. In environmental matters, I am counsel to Drinker, Biddle & Reath LLP, a top-100 firm of...

Free ConsultationPatents, IP and Trademarks
Duquesne University School of Law
Show Preview
View Website View Lawyer Profile Email Lawyer
Gwen R. Acker Wood, PhD., Esq., is a registered patent attorney with over 18 years experience in all forms of intellectual property, including patents, trademarks and copyrights. Her practice includes preparation and prosecution of U.S. and foreign patent applications, patentability and infringement/freedom-to-operate opinions, due diligence analyses, U.S. and foreign patent portfolio strategy and management, trademark searches and registration, and copyright registration. Dr. Acker Wood has a doctorate in biology, and her areas of expertise include biotechnology, pharmaceuticals, biomechanical and mechanical devices, chemistry and life sciences. Dr. Acker Wood is admitted to practice in the Commonwealth of Pennsylvania, the State... 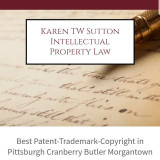 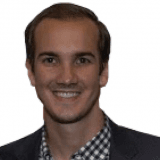 The Oyez Lawyer Directory contains lawyers who have claimed their profiles and are actively seeking clients. Find more Scranton Patents Lawyers in the Justia Legal Services and Lawyers Directory which includes profiles of more than one million lawyers licensed to practice in the United States, in addition to profiles of legal aid, pro bono and legal service organizations.