Claimed Lawyer ProfileQ&ASocial Media
Whitney Young
Pasquotank County, NC Attorney with 6 years of experience
(252) 621-1011 104 S. McMorrine St.
Elizabeth City, NC 27909
Divorce, Elder, Estate Planning and Family
Regent University School of Law
Show Preview
View Website View Lawyer Profile Email Lawyer
Whitney Young is a North Carolina native, having lived in nearly all of its major cities including Raleigh, Charlotte, and Asheville. She first moved to Elizabeth City in 2009 to begin her teaching career at River Road Middle School, shortly after graduating from Appalachian State University as a NC Teaching Fellow and Honors Student Teacher. She was passionate about working with at-risk children, which is what drew her to the Albemarle area. 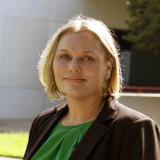 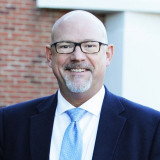 Claimed Lawyer ProfileSocial Media
Andrew Timothy Shilling
Montgomery County, NC Attorney with 31 years of experience
(252) 679-8880 201 East Elizabeth Street
Elizabeth City, NC 27209
Arbitration & Mediation, Criminal Defense, DUI & DWI and Estate Planning
University of Richmond School of Law
Show Preview
View Website View Lawyer Profile Email Lawyer
The son of a government official, Andy grew up in various parts of the country, including Ohio, Colorado, and Texas. He attended the College of William and Mary and graduated in 1988 with a B.A. with honors in Government. Andy then went to the University of Richmond Law School, obtaining his J.D. in 1991. While in law school, he won the moot court competition, the trial competition (twice), and the writing competition. After passing the Virginia bar exam in 1991, Andy worked in one of the largest law firms in the country in its Norfolk office, primarily defending large...

Claimed Lawyer ProfileSocial Media
David Cole Phelps
Washington County, NC Attorney with 9 years of experience
(252) 791-1111 106 East Water Street
Plymouth, NC 27962
Free ConsultationNorth Carolina Central University
Show Preview
View Blog View Lawyer Profile Email Lawyer
D. Cole Phelps manages our office in the northeastern part of the state. Attorney Phelps is a native of Washington County, and he returned to his home community to serve and give back. After winning his first primary election with over 62% of the votes, he later became the youngest county commissioner at the time of his election to serve in any of North Carolina’s 100 counties. During his first term of office, he was selected by his fellow board members as vice chairman and then chairman. Currently, he is serving his second term of office as a member of... 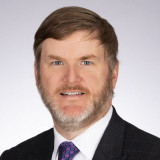 Claimed Lawyer ProfileBlawg SearchSocial Media
Joel Jackson Hardison
Pitt County, NC Lawyer with 18 years of experience
(252) 333-3333 1290 East Arlington Blvd.
Suite 137
Greenville, NC 27858
Free ConsultationWorkers' Comp
University of North Carolina School of Law
Show Preview
View Website View Lawyer Profile Email Lawyer
In joining Hardison & Cochran in 2008, Joel Jackson Hardison made a transition from defending insurance companies in Workers Compensation cases to representing injured and disabled workers. He applies the insights he gained from representing insurance companies to assist the injured workers he represents. There is little doubt about which type of practice he prefers. Hardison received a B.A. degree in journalism from the University of North Carolina in 1999 and a J.D. from the UNC School of Law in 2004. He was a member of the law school’s Holderness Moot Court team and was named to the Dean’s List. He launched his... 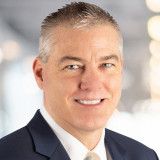 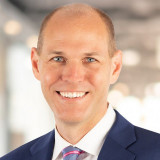 Free ConsultationBusiness, Criminal Defense, Entertainment & Sports and Personal Injury
Cleveland State University
Show Preview
View Website View Lawyer Profile Email Lawyer
An experienced lawyer with a passion for criminal defense, entertainment law, & and immigration, as well as an extensive background in global business; Sherrod knew as a child that his path in life would lead him to be active on a national and international level. 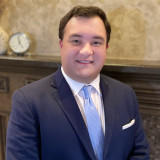 Claimed Lawyer ProfileSocial Media
Phillip James Lopez
Craven County, NC Lawyer
(252) 633-2550 219 Broad Street
New Bern, NC 28560
Personal Injury and Workers' Comp
South Texas College of Law
Show Preview
View Website View Lawyer Profile Email Lawyer
I was born and raised in Houston, Texas. I received my Bachelor’s Degree in Political Science from Trinity University in San Antonio, Texas. I have a passion for helping others and decided to be an attorney to be an advocate for injured individuals. After college, I attended South Texas College of Law Houston. During law school, I was a Student Ambassador, Vice President of the Criminal Law Society, and a member of the Hispanic Law Students Association and Phi Alpha Delta Law Fraternity. In addition to my studies, I gained experience as a law clerk at several personal injury, general...

The Oyez Lawyer Directory contains lawyers who have claimed their profiles and are actively seeking clients. Find more Pasquotank County Lawyers in the Justia Legal Services and Lawyers Directory which includes profiles of more than one million lawyers licensed to practice in the United States, in addition to profiles of legal aid, pro bono and legal service organizations.